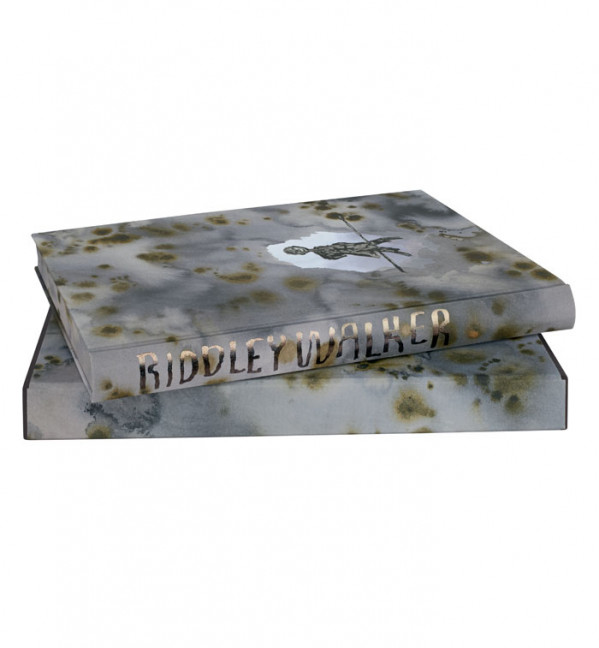 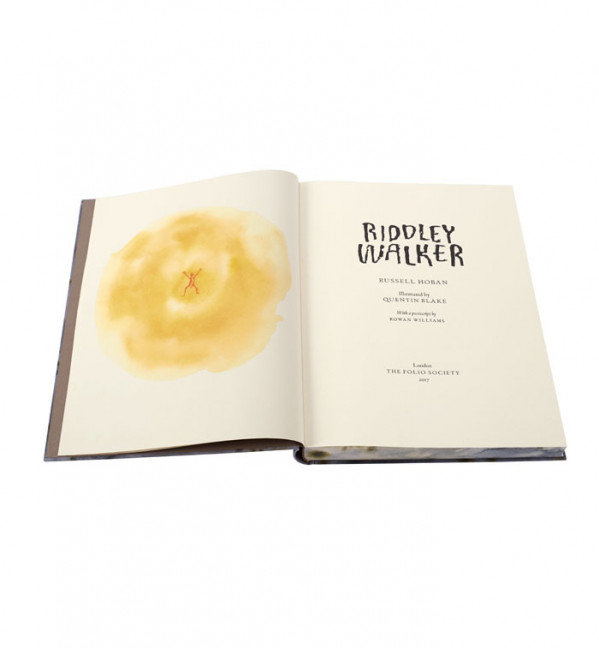 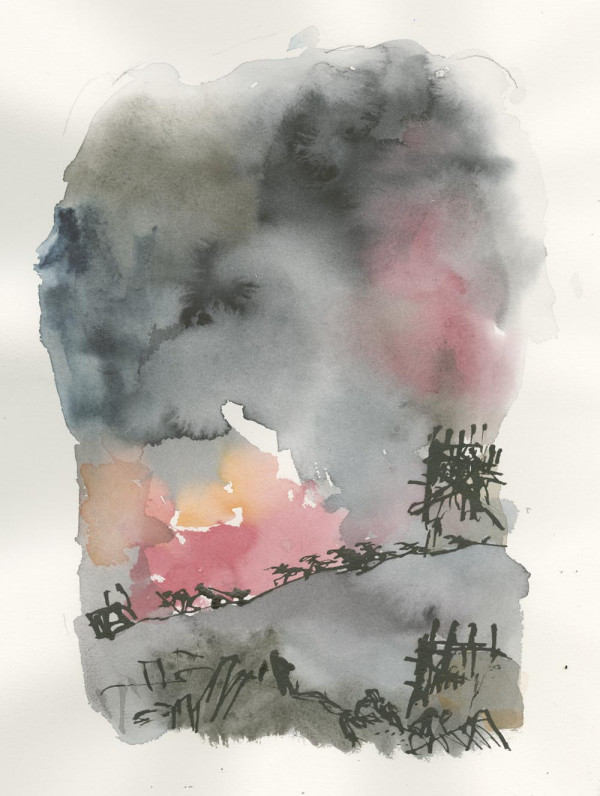 The book covers ten days in the life of Riddley Walker, already an adult at the age of twelve, as he finds himself drawn into the authorities’ desperate attempts to rediscover the secrets of technologies of long ago, recover the knowledge of how, in the post-nuclear age in which he lives, to split the atom and relive the longed-for glories of a lost past. Along the way Riddley finds himself grappling with huge ideas: what it means to be conscious, the struggle to become literate and the burden of being a writer, the nature of reality, and the tension between humanity’s urge towards self-expression and self-destruction. As it approaches its fortieth anniversary, Riddley Walker is as fresh and challenging as ever – a book that feels as though it was written both in the distant past and also far in the future, that remains timely and timeless.

This unique illustrated edition combines Hoban’s extraordinary text with newly-commissioned large-scale illustrations by his long-term collaborator Quentin Blake. Quentin has abandoned his characteristic life-affirming, humour-filled action scenes, focusing instead on Riddley Walker’s threatening mood and rain-drenched atmosphere. The result is a series of brooding images: tiny figures crossing devastated landscapes, an eyeless and noseless post-nuclear mutant, the impaled head of a boar, the sinister figure of Mr Punch, the sprawled body of a torture victim … Coarse, quill-drawn figures reminiscent of prehistoric graffiti are enhanced by splodgy watercolour washes, to produce illustrations that seem to be mouldering on the page.

This new limited edition (of 1,000 numbered copies) includes ‘Acknowledgements’, ‘Afterword’, ‘Notes’ and ‘Glossary’ by Russell Hoban. Quentin Blake has contributed a new essay ‘Draw is a intersting word’ and the former Archbishop of Canterbury, Dr Rowan Williams, has written a specially commissioned postscript ‘Myth and “knowledging” in Riddley Walker’.

Copies can be purchased from The Folio Society website: http://www.foliosociety.com/book/rdw