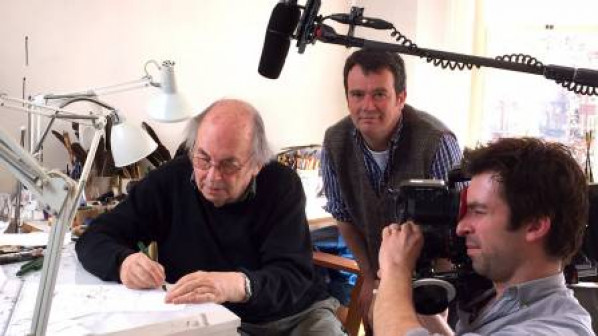 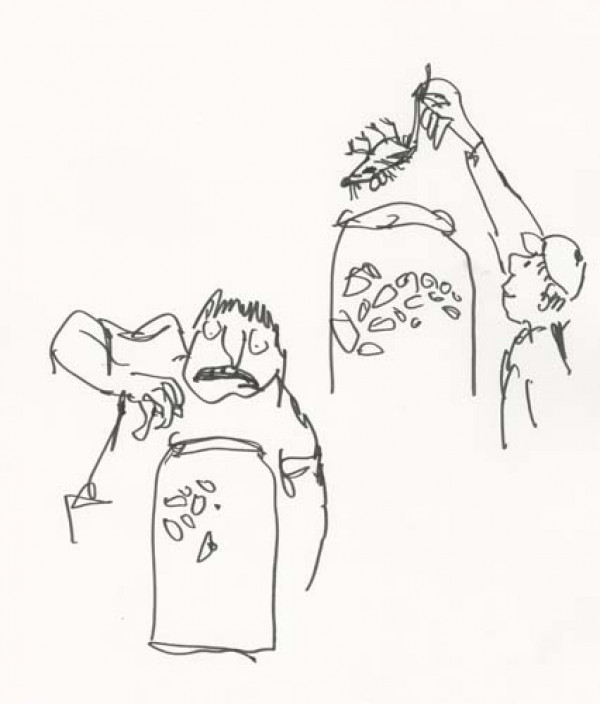 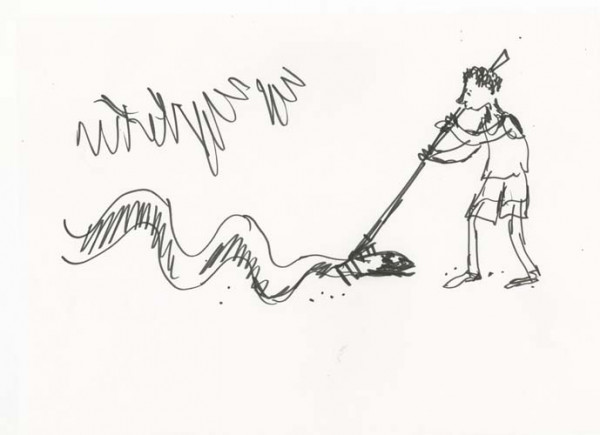 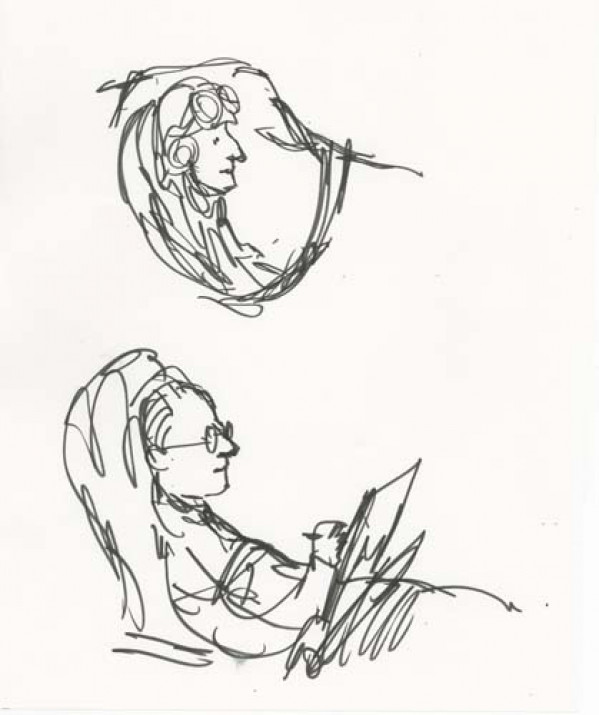 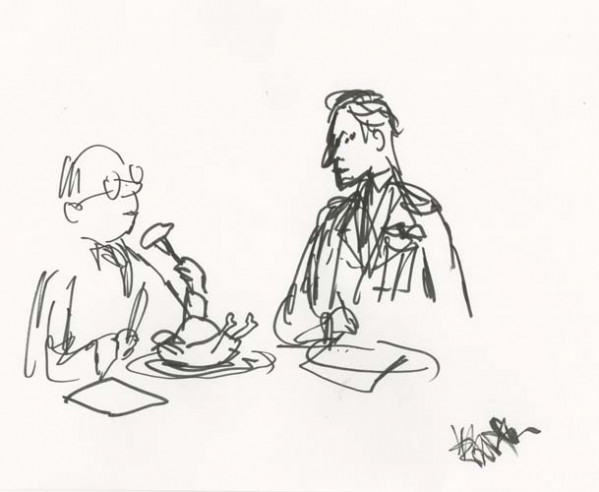 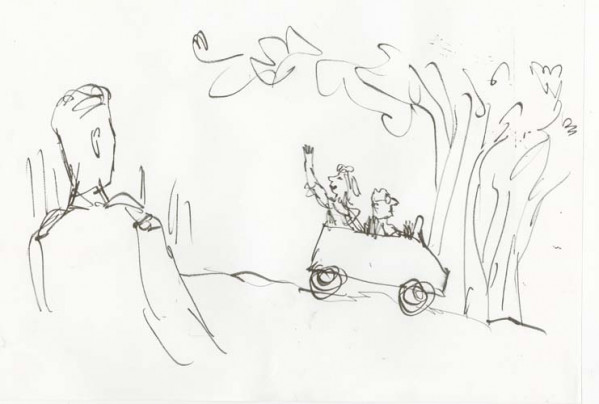 In a new documentary, 'The Marvellous World of Roald Dahl', made by the team at BBC Arts, Quentin shared some of his thoughts about his friend and collaborator Roald Dahl - in the form of a series of new drawings, showing aspects of the author's life which he has not illustrated before.  The illustrations, created and filmed in Quentin's studio, were then tranformed into animation shorts which illustrated the 'chapters' of the programme.

Quentin illustrated the infamously gruesome Mrs Pratchett, on whom the schoolboy Roald Dahl and his friends played out 'The Great Mouse Plot', saying he felt this incident showed the adult Dahl's desire for revenge in his stories; drawings of Roald Dahl as a young man in East Africa, which Quentin felt 'must have been a revelation' to him, probably influencing his ideas in 'The Enormous Crocodile', the first book on which the two of them worked together; and Roald Dahl in the RAF, drawing the parallel between the cocoon-like nature of the Hurricane cockpit in which he flew as a fighter pilot, and the similar attitude in which he sat to write, cut off from all other distractions and concentrating only on the task in front of him.

Links:
See a clip of the interview, and watch Quentin drawing, on the BBC website