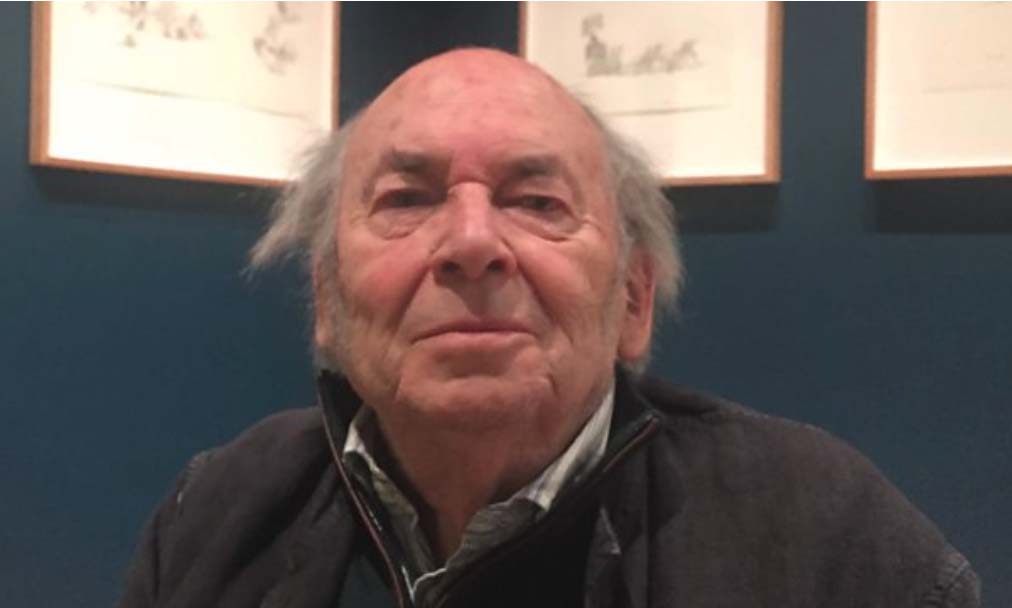 Quentin was interviewed by BBC Radio London's David Friend at House of Illustration, to coincide with the opening of a new exhibition of his work.  'Voyages to the Moon and the Sun' is a show of original drawings for Cyrano de Bergerac's classic French seventeenth-century tale of exploration, science fiction and philosophy, published in English by The Folio Society.  Quentin explains that he first created illustrations for the story when still at the Royal College of Art in the 1980s, which appeared in a student magazine, then illustrated the title in its entirety for Folio in 1991, 'tucking in' among the text the large number of drawings he had produced.  A new edition, published on 3 May this year, allowed him to revisit the original layout, giving more space to some drawings and, in some cases, entirely re-drawing them.  Both new and old drawings are on display in the exhibition, in House of Illustration's 'Quentin Blake Gallery' until the end of September.

In talking about illustrating books, Quentin notes the power of authors like Charles Dickens, whose ability to write in a very visual way almost precludes the necessity for illustrations to go alongside the text.  'The best thing to do is to start drawing' he says, describing how the characters grow as they are drawn, something 'that you have invented under the guidance of the writer'.

Asked whether he is a 'questioner' (like Cyrano) or a 'satirist' (like Jonathan Swift), Quentin admitted he has never been good at satire, but rather 'teases' people in the way he draws them.  He also admitted that he continually questions his own work, often producing several 'alternative' drawings, which are almost identical to each other.  Many of  these 'alternatives' which will be coming up for sale at a Christie's charity auction in London later in the year.

Quentin describes the'feel' of the forms he draws in the 'scratch' of the different types of pen (reed pen, quills, etc) on the paper, continually thinking of the next project and how his work could develop.  Projects for hospitals have been followed by new works, many created, for example, for the Jerwood Gallery in Hastings - such as last summer's large-scale exhibition 'The Only Way to Travel', from which a forthcoming book 'Moonlight Travellers' is developing.
'If you draw', he says, 'you find out things that perhaps you didn't know.  I've occasionally had to encourage people to do it.... You draw, and you think, I don't draw very well, and that doesn't look much like it, does it? But if you go away from what you're drawing and look at it  later, there will be something in there that you saw, you will have taken away something from what it is.  I think a lot of young people get discouraged because they can't draw photographic realism or whatever: drawing isn't like that, it's another language and you can talk it with different accents, so to speak.'