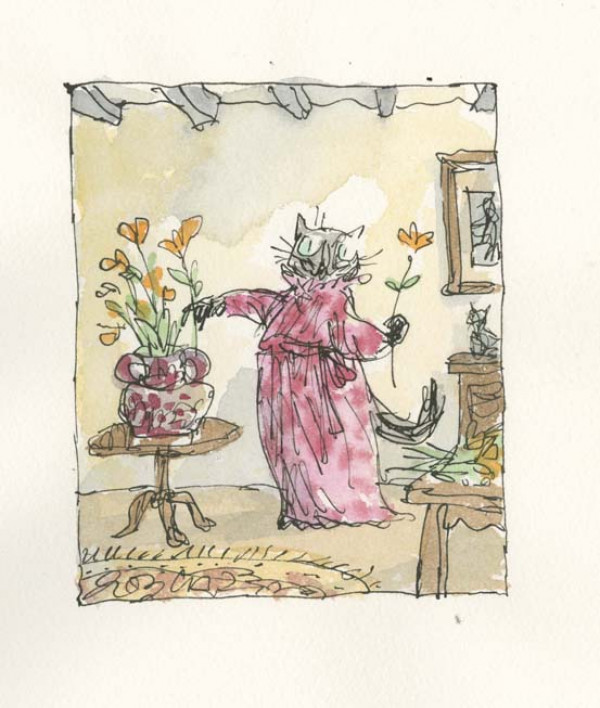 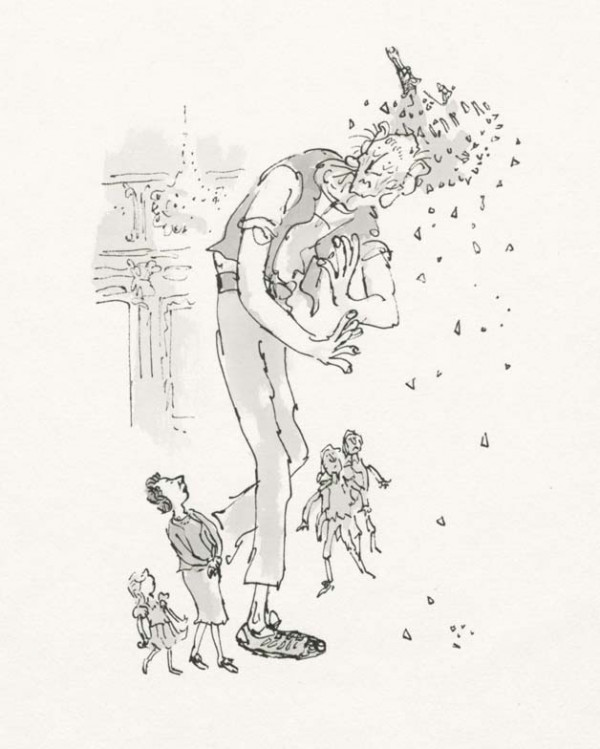 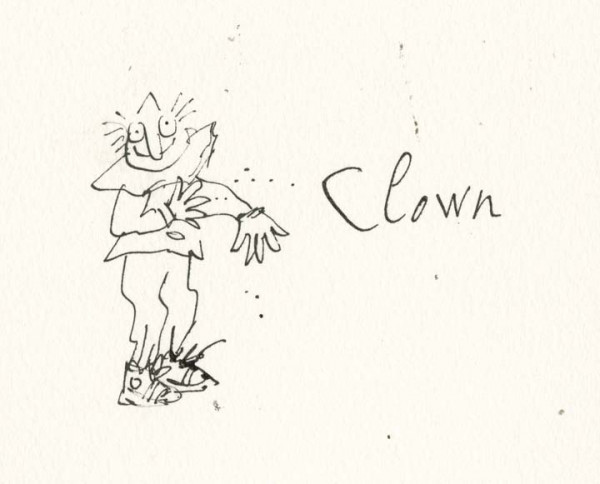 As Christie’s offers both a live auction (11 July 2018) and an online sale (3 - 12 July 2018) of a total of 178 works from his personal collection, the illustrator of The Big Friendly Giant, Charlie and the Chocolate Factory and many other books offers us a rare glimpse of his creative process in a video (see above) made specially to promote the charity sales events.

‘My drawings are energetic, but I am not,’ Quentin Blake says.  ‘It’s vicarious. They’re all doing things I wouldn’t think of doing.’

Quentin has collaborated with writers including Russell Hoban, David Walliams,  John Yeoman and, most famously, Roald Dahl - and artworks created for (but not used in) books by all these authors are  included among the lots, comprising work from the past 40 years of his career.

Alongside these cherished children’s stories, the sale presents collectors the opportunity to acquire 'alternative' works from various other projects that Quentin has worked on including editions illustrated for The Folio Society and artwork for J Sheekey Restaurant's summer terrace in 2016, along with illustrations for hospitals such as St George’s Hospital in Tooting and the Maternity Unit at Angers University Hospital in France.   The online auction of 148 lots, sub-titled, 'Forty years of Alternative Versions' demonstrates that none of these works have been seen outside his studio as they were never used in the final projects, whether in books or public spaces.

Some of the highlights from the 30 works scheduled for the Valuable Books and Manuscripts auction on 11 July (lots 365-394) include works for The Enormous Crocodile, the first book by Roald Dahl to be illustrated by Quentin, and preliminary drawings showing the development of one of Roald Dahl’s best-loved creations, the Big Friendly Giant.  In 2016, Quentin created the Roald Dahl Centenary Portraits: celebrating 100 years since the author’s birth, some of his best-loved characters - among them Charlie, Willy Wonka, Matilda, and Sophie with the BFG - are depicted as though they have been invited to sit for their portrait, showing them in a way never seen when they were simply illustrations. Further works in the sale include drawings of Quentin's marvellous portrayal of Beatrix Potter’s 'Kitty' in her long-lost work from 1914, The Tale of Kitty-in-Boots. The unillustrated story was rediscovered in the archives of the Victoria and Albert Museum, and since publication in 2016, Quentin's illustrations have helped establish the story as a firm favourite within children’s literature.
Proceeds from the sales benefit three charities of which Quentin has been a long-standing supporter: House of Illustration, the UK's flagship centre for this artform; Roald Dahl's Marvellous Children's Charity, which supports seriously ill children and their families; and Survival International, which champions the rights of tribal peoples across the globe.