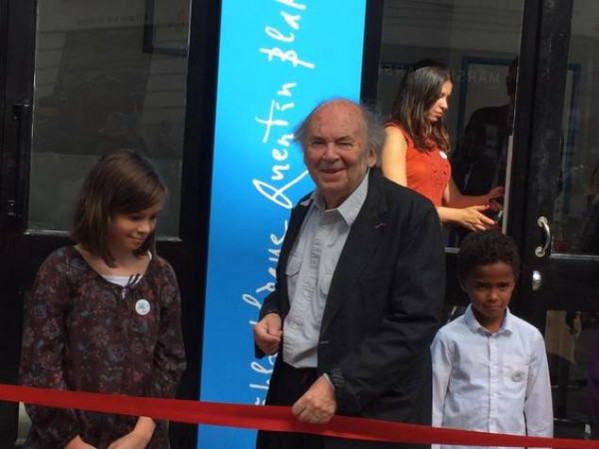 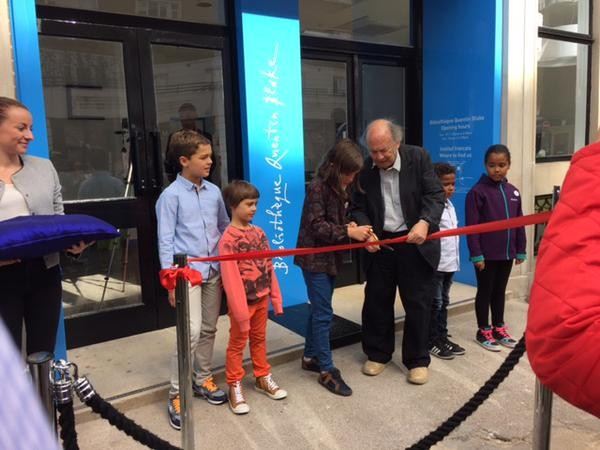 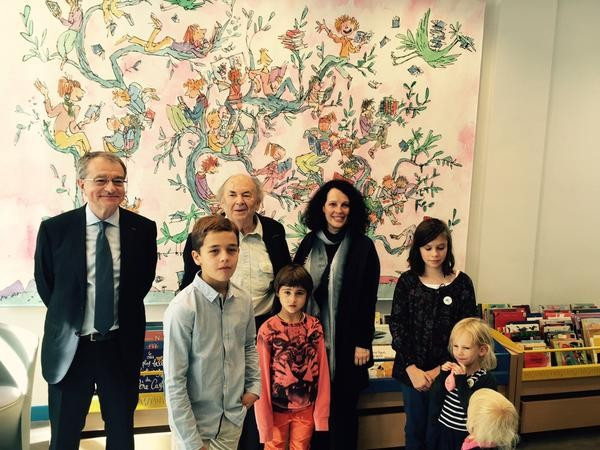 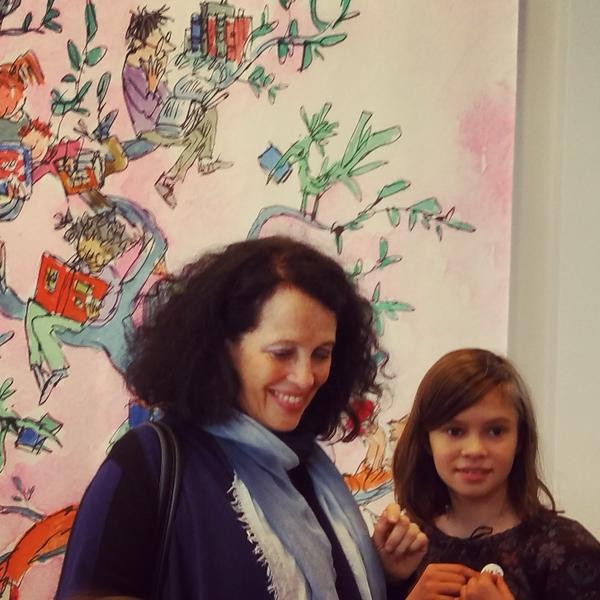 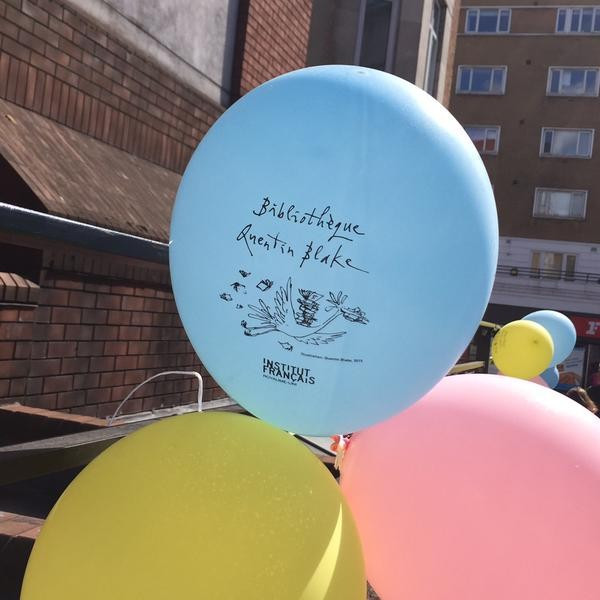 Quentin attends the opening of the 'Bibliothèque Quentin Blake

Gala opening and celebrations in London on 12 September 2015
The Children’s Library of the Institut français reopened on 12 September 2015 under the name Bibliothèque Quentin Blake, following major refurbishment supported by individual and corporate donors. Quentin attended a ribbon-cutting ceremony along with Sylvie-Agnès Bermann, ambassador of France to the United Kingdom, which launched a week of activities at the South Kensington library.

For more details about the Bibliothèque Quentin Blake, visit: http://www.institut-francais.org.uk/la-mediatheque/childrens-library/

The new Bibliothèque Quentin Blake is twice as big as the old Children’s Library. Offering the best of children’s literature, it is a library for families, featuring a cosy and practical environment, a resource centre with the latest technology for French learners, and a school-friendly space.

Links:
Read Valerie Grove's article in The Times (26 Sept 2015) about the opening gala