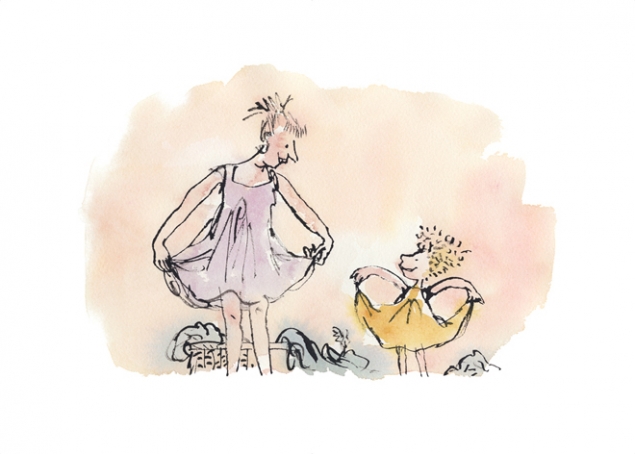 Quentin on air - in French and English

The two programmes, part of 'Les Ateliers de la Creation' series, were in the making for several months and represent a major new look at Quentin's past and recent work.  Quentin talked to France Culture journalist Catherine Guilyardi in this French-language radio documentary.

This was followed on 13 December by a short film clip on international TV station 'France 24', featuring some of Quentin's recent 'drawing duel' with French cartoonist Joann Sfar at the French Institute in London.  Visit the France 24 website to view.

Quentin was also interviewed by Mark Lawson on BBC Radio 4's 'Front Row' on 12 November.  He discusses the publication of his new book, 'Beyond the Page', along with his recent work for public spaces and hospitals, and an exhibition of new drawings due to open in December at Marlborough Fine Arts in London.  Most importantly, he talks about what makes his work among the most recognised in Britain today.

Listen to the interview on BBC Radio 4's website
Image: from the series of works produced for the Vincent Square Eating Disorders Unit in London.