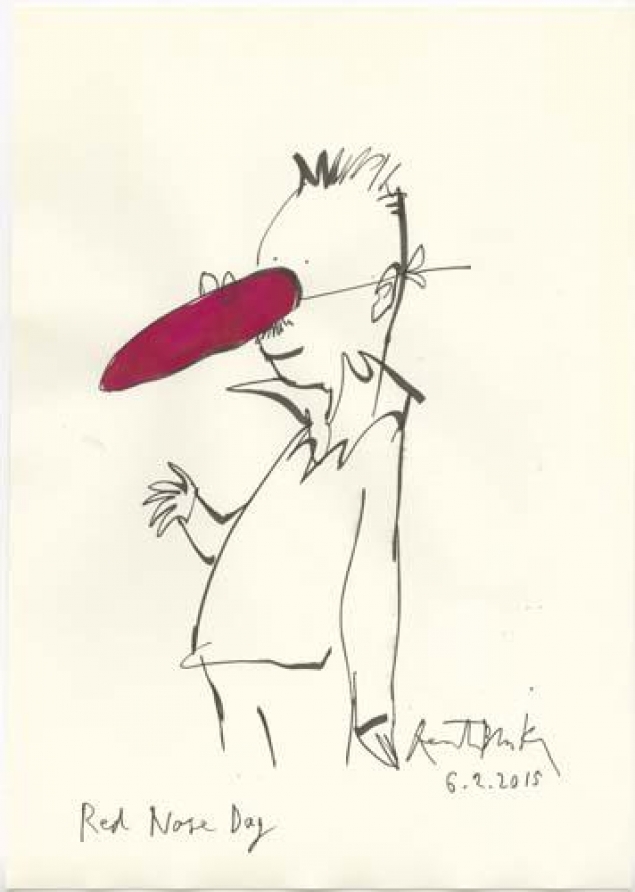 Quentin Blake contributed 18 pieces, all of which were specially drawn for the auction, 17 of which went on to be included in the eBay event.  By close of bidding on 22 March, Quentin's pieces had raised over £14,500 for the charity.  The total raised by the art auction was in excess of £39,000.

All the proceeds from this auction went directly to Comic Relief, and the money raised will help transform the lives of millions of people, both at home in the UK and across Africa.

To see the stunning collection of artworks visit http://www.ebay.co.uk/cln/therealcomicrelief/Comic-Relief-Art-Auction/187686355017