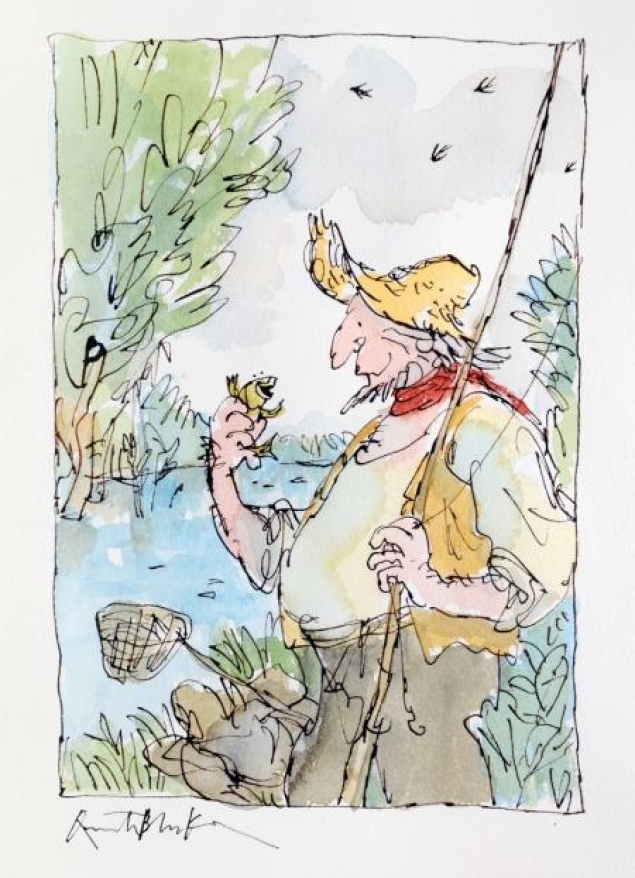 The Illustrators, mounted annually by Chris Beetles Gallery, provides the biggest event worldwide for cartoon and illustration collectors.
As always, this major exhibition celebrates the range and strength of British illustrations and cartoons, from Victorian contributors to Punch (George Du Maurier and John Tenniel) through classic gift book artists (Arthur Rackham and William Heath Robinson), to the best of our contemporaries.

This year's significant groups include, from the early to mid 20th century, Florence Harrison's late Pre-Raphaelite images to the poetry of William Morris and Christina Rossetti; and Sherriffs' arresting caricatures to accompany film reviews in Punch.

Quentin Blake is as active as ever, as is shown by a selection of delightful illustrations to his latest book, Fifty Fables of La Fontaine. Younger illustrators are also out in force, including Amanda Hall and Rebecca Cobb.  From Richard Doyle's fairies to Gillian Tyler's animals, and from pen and ink vignettes to large watercolours, the show has something for everyone.