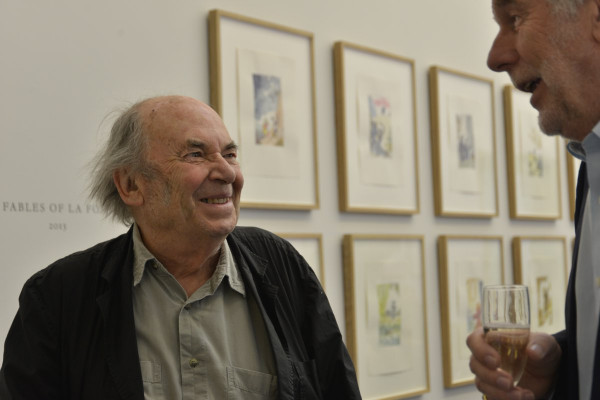 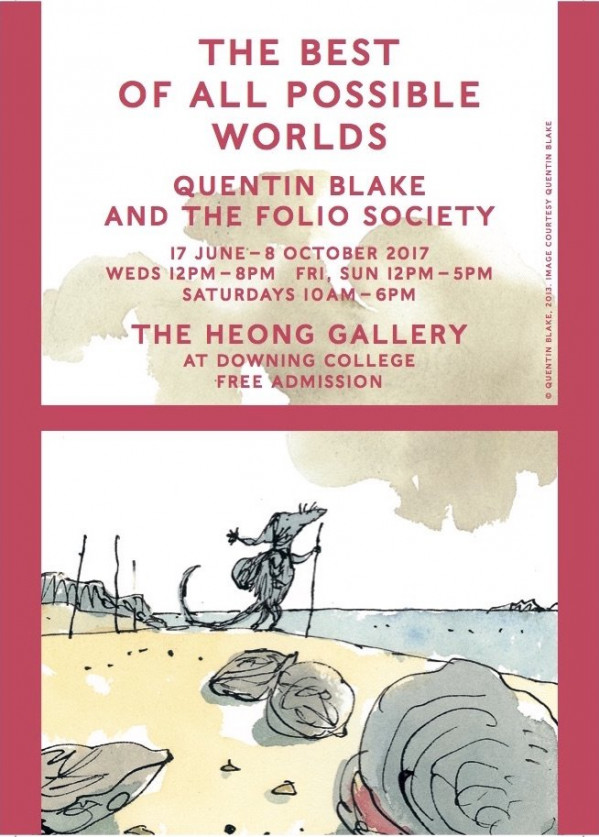 'The Best of All Possible Worlds' now at the Heong Gallery

Sir Quentin Blake, who read English at Downing College between 1953 and 1956, has now opened an exhibition in Downing's Heong Gallery of some of his works for The Folio Society.

Despite his special affinity for children’s books – he was the inaugural Children’s Laureate from 1999-2001 – Quentin has illustrated over 300 books for children and adults and created works of public art, most notably in healthcare settings in the UK and France. His association with The Folio Society began with the centenary edition of The Hunting of the Snark (1976). The illustrations on display are from his four most recent collaborations: Candide (2011), Fifty Fables of La Fontaine (2013), The Golden Ass (2015) and his new title, Riddley Walker (2017). From the ribald and piquant to the serious and disturbing, these four titles showcase just a few of the genres and themes in Quentin’s formidable oeuvre: forty one original drawings depict four very different texts.
Founded in London in 1947, The Folio Society publishes special editions of the world’s finest literature in a form worthy of their contents. For nearly 70 years they have celebrated the pleasure to be derived from books which are imaginatively illustrated, beautifully designed, and printed and bound to the highest standards.
The exhibition is free to enter, and is on show during Gallery opening hours from 17 June - 8 October 2017.
Opening hours are: Wednesdays 12pm-8pm;  Fridays 12pm-5pm;  Saturdays 10am-6pm; Sundays 12pm-5pm