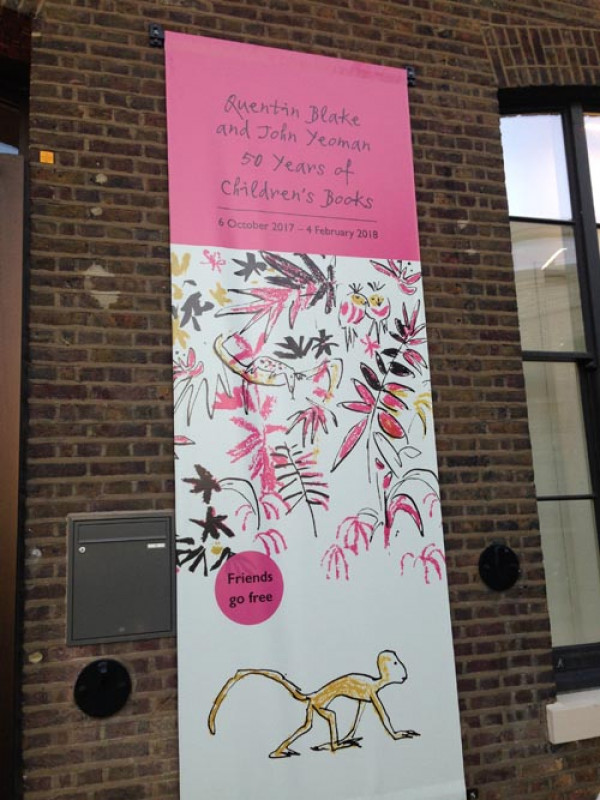 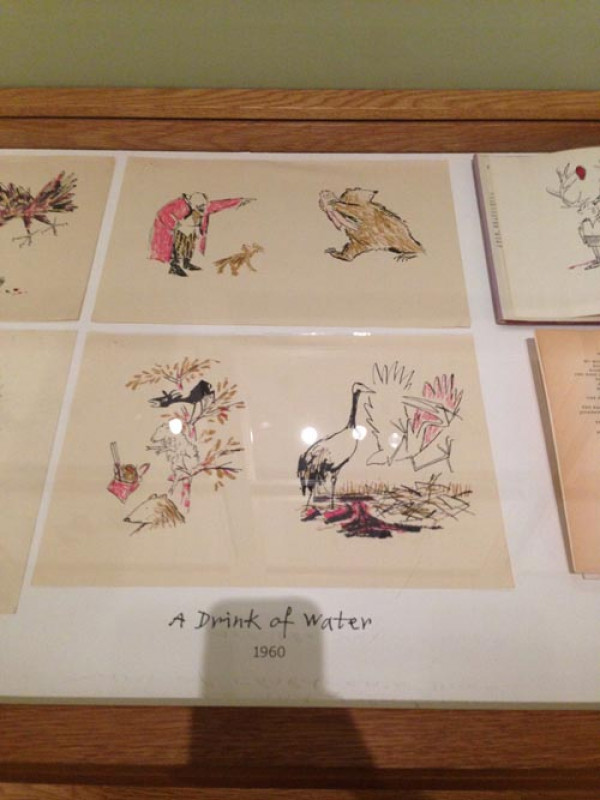 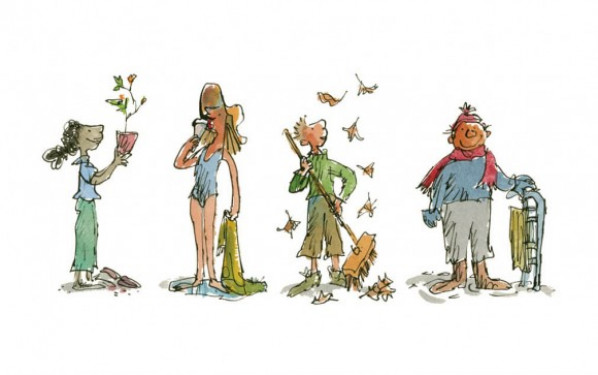 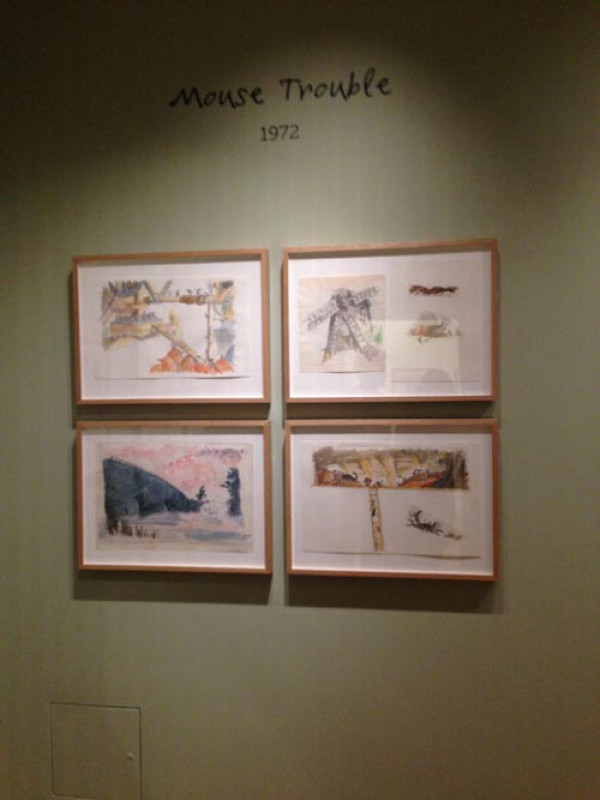 Quentin Blake has created more books with John Yeoman than with any other author, including Roald Dahl.   Friends since their schooldays, their first book together was a collection of stories based on folktales from around the world, and titled 'A Drink of Water and Other Stories'.  It was published by Faber & Faber in 1960 - and has been followed by more than 25 other titles, including: 'The Boy Who Sprouted Antlers' (1961 & 1976 - when the characters were re-drawn wearing long trousers); 'The Bear's Winter House' (1969); 'The Young Performing Horse' (1977); 'The Hermit and the Bear' (1984), 'Featherbrains' (1993) and 'The Fabulous Foskett Family Circus' (2013 - based on a set of drawings Quentin produced for a London hospital.)

The exhibition features work from twelve of their collaborations, written for audiences ranging in age from the very young (such as the counting book, Sixes and Sevens) to folktales for older readers (Amazing Animal Stories).
Many of their older titles have been brought back into print by Andersen Press so they can be enjoyed by a new generation of readers.  The exhibition opening also coincides with the launch of their latest book, All the Year Round , published by Andersen Press, which guides the reader through the months of the year in verse and illustration.
House of Illustration and publisher Thames & Hudson have produced a beautiful facsimile edition of A Drink of Water, also launched at the opening of the exhibition.