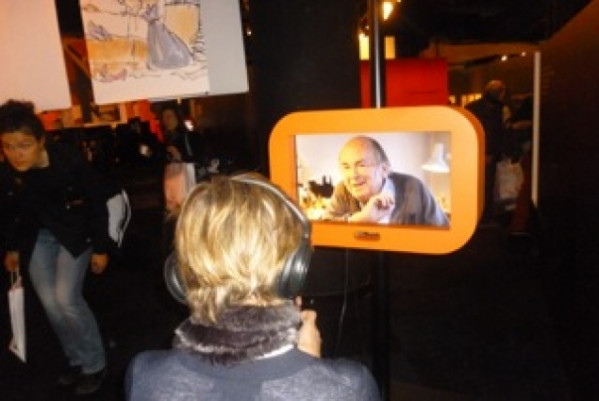 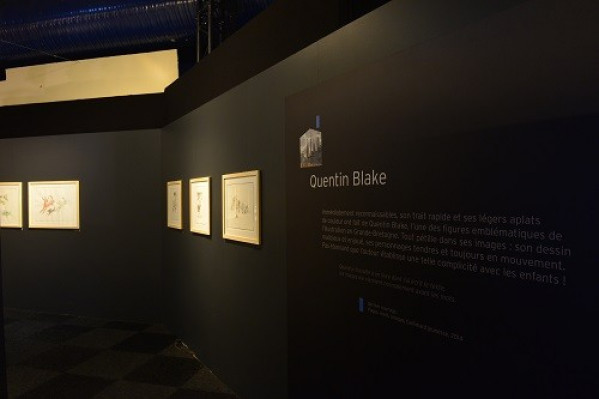 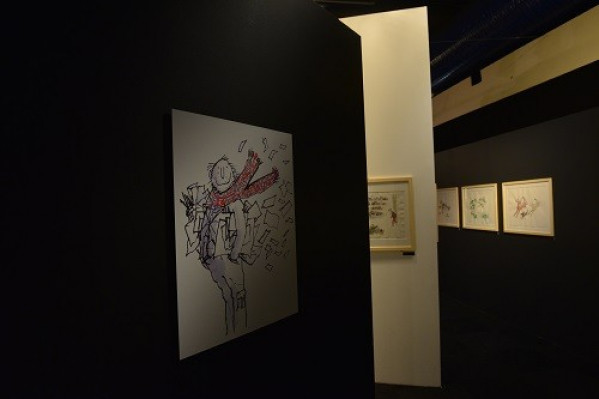 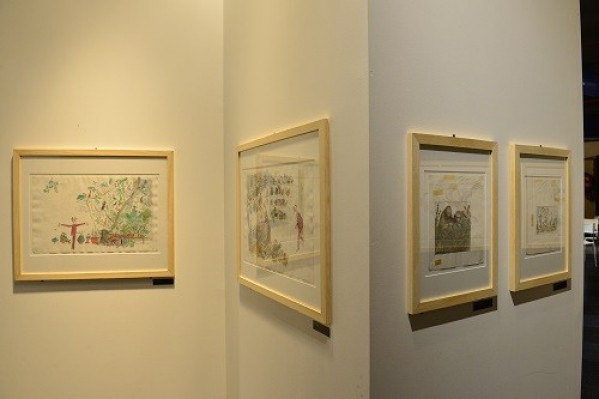 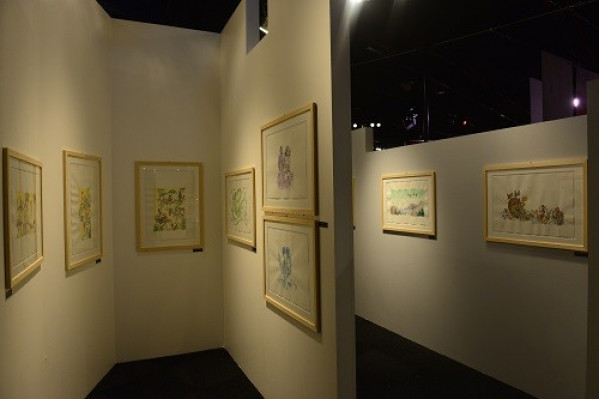 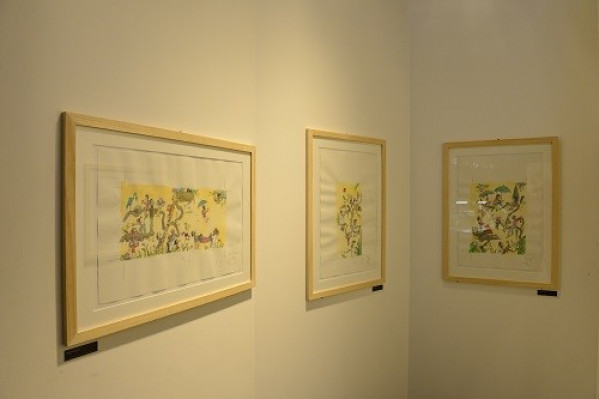 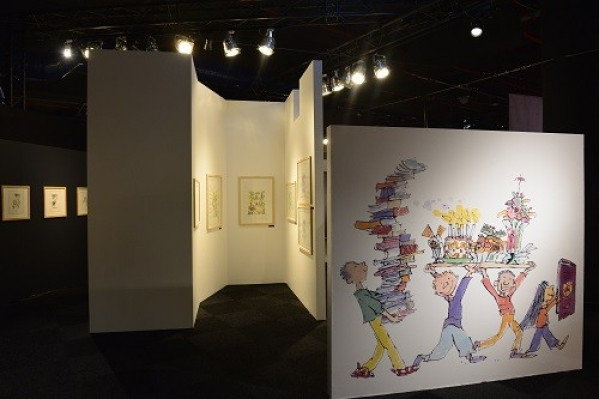 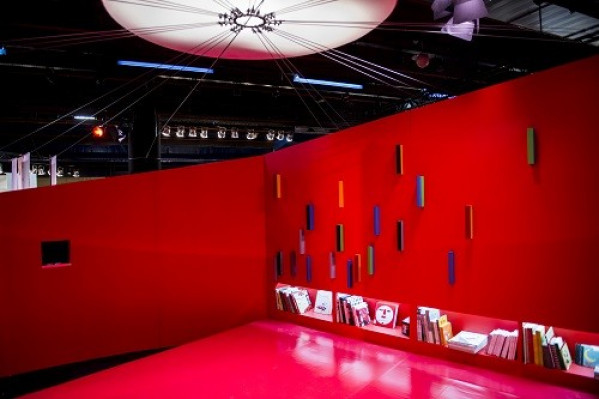 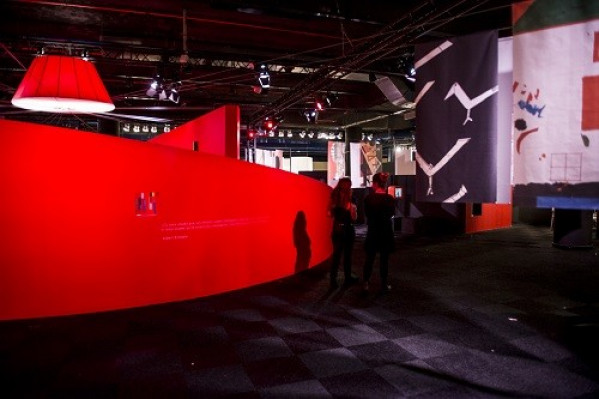 The five-day Fair, attended by 300 authors hosting workshops and book-signings, attracted 162,000 visitors.
Quentin's chosen artworks highlighted some of his public works produced for French hospitals - such as the maternity unit at Angers, and the Armand Trousseau children's hospital near Paris - together with a host of other works which bridge the Channel. Classic French works translated into English by the Folio Society, such as 'Fifty Fables of La Fontaine' and Cyrano de Bergerac's 'Voyages to the Moon and the Sun', were alongside English books which now appear in French (Roald Dahl's 'Matilda' and 'The Twits', and 'Mr Stink' by David Walliams).

Though Quentin did not attend in person, he was filmed in his London studio before the event, answering questions about his work and influences. You can see the whole video (in French) on our 'Quentin in Action' page.
Official photos from the event are (c) photographer: Eric Garault