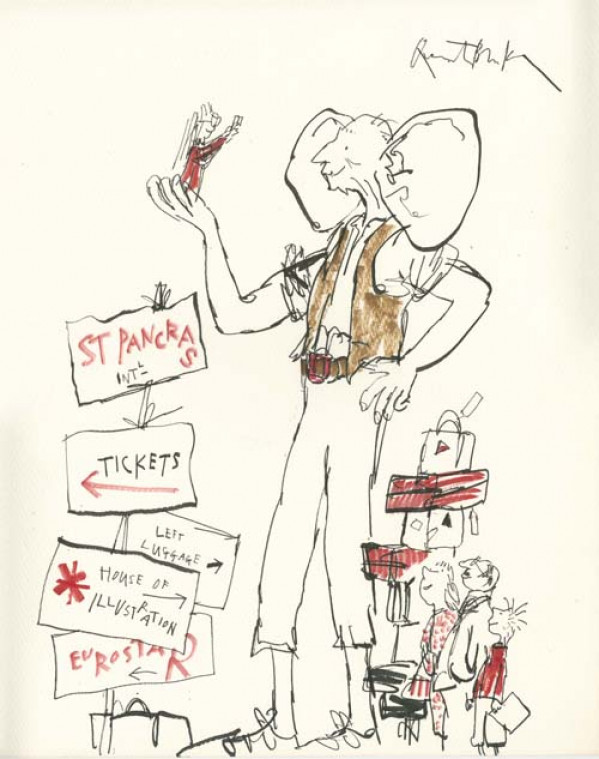 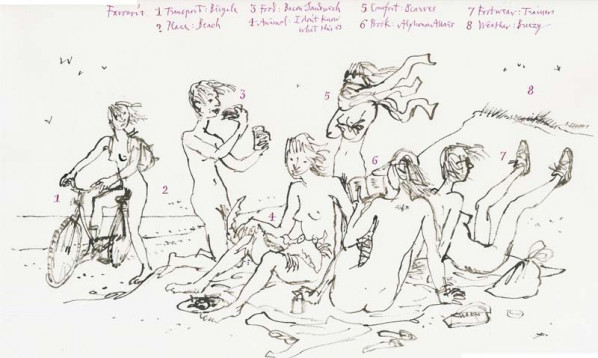 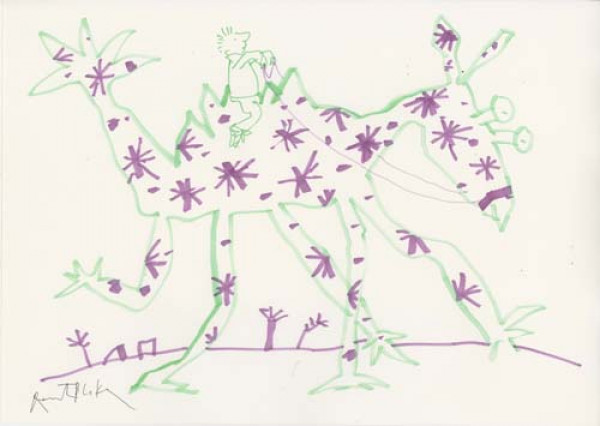 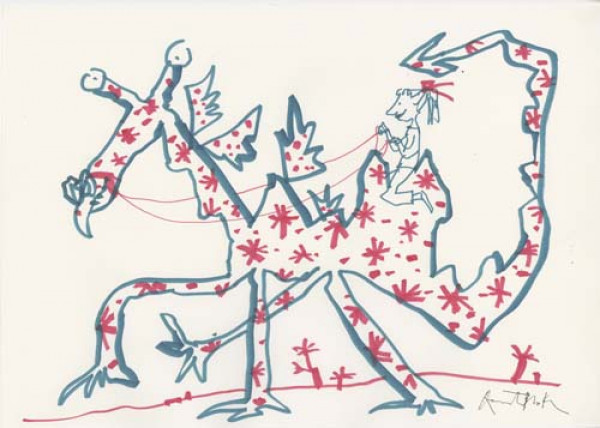 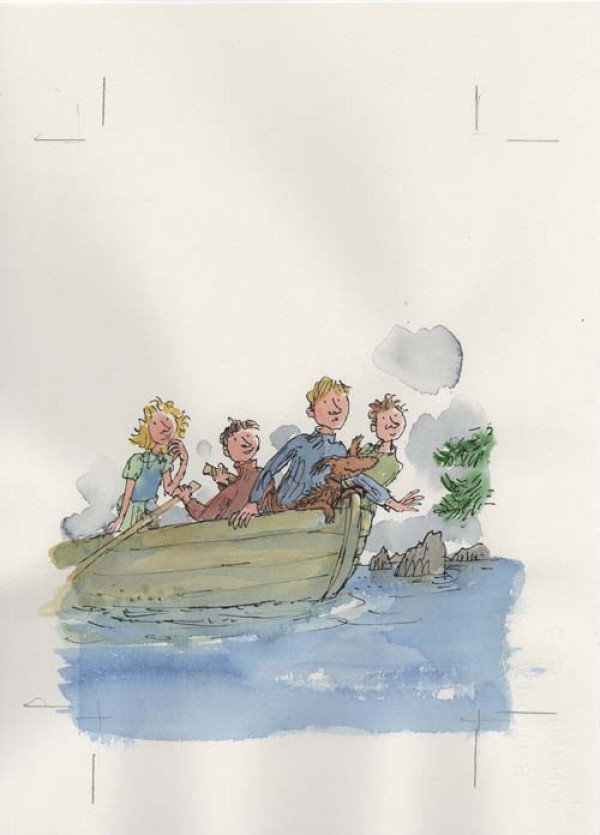 The original artworks offered for sale fall into a number of different sections including “What Are You Like?” (autobiographical drawings by leading cultural figures) from a 2008 exhibition of the same name created specially for House of Illustration; Quentin Blake’s three illustrations of Sophie and the BFG at St Pancras International station from summer 2016;  and five original drawings of Enid Blyton's Famous Five series commissioned to celebrate the series’ 70th anniversary in 2012, including Quentin's drawing for the cover of 'Five on a Treasure Island'.  There is also a Dr Who Daleks shooting script with an illustrated title page by Dr Who himself, Peter Capaldi - all unique and very collectible works.

All the artworks have been on public display at Sotheby’s (34-35 Bond St W1A 2AA) from Friday 9 December - Monday 12 December.    During Tuesday's auction you can bid in person, by phone or online or place a bid at Sotheby's before the sale.

Fundraising events like these are very important for House of Illustration: it is a charity and receives no public funding. They need to raise a substantial amount of money each year to fund their illustrator-led learning work with schools, teachers, families, students and enthusiasts of all ages; to identify and promote new illustration talent; and to commission new illustration artwork for public display.