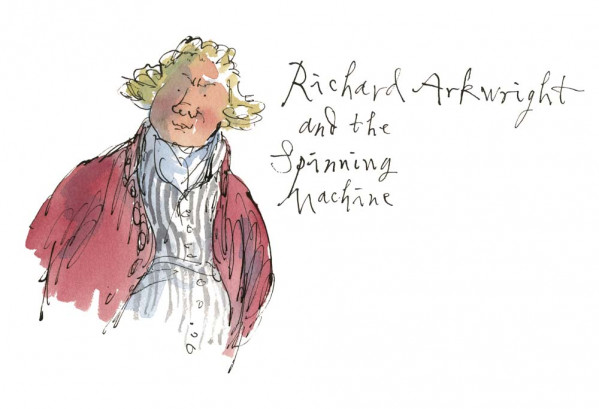 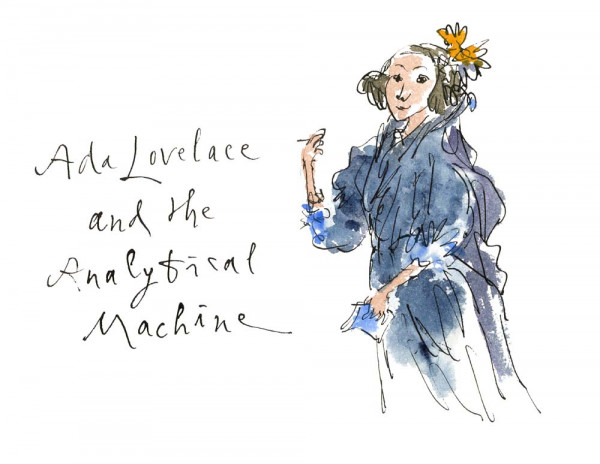 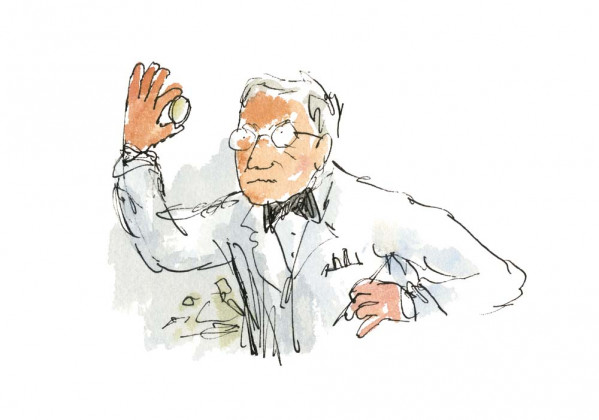 New murals of pioneers at the Science Museum

Quentin Blake has brought his own unique style to pictures of some of the world's most celebrated scientists, in a set of five murals unveiled at London's Science Museum yesterday evening. The murals depict 20 scientists and pioneers from the eighteenth to twentieth centuries, all of whose work or inventions are featured in the Science Museum's collections.
Pilot Amy Johnson is there, as is eighteenth century inventor of the 'Spinning Machine', Sir Richard Arkwright;  and Ada Lovelace, credited as being the world's first computer programmer (for Charles Babbage's 'Analytical Engine'), with Alexander Fleming, who developed the antibiotic, penicillin.

Quentin said he found the project an interesting change from illustrating imaginary people and situations.   "Making drawings of real people from reference is rather different from depicting the characters in a story," he told BBC News.  "You are given visual information where you would normally expect to be interpreting someone's words.  I think the advantage of these drawings is that they do in some sense make the scientists more informal and accessible to the newcomer."

Sir Quentin was particularly happy to draw James Lovelock, creator of the Gaia hypothesis, which is now accepted as the founding principle of most climate science.  "I very much admired James Lovelock as someone who obviously had a very vivid and live sense of the environment and its importance," he said.

The murals are on permanent display outside the Science Museum's interactive Wonderlab gallery.
This is not the first large-scale mural which Quentin has been commissioned to create.  A 25-metre mural is in Addenbrooke's Hospital, featuring eminent alumni from Cambridge University, which Quentin produced in 2009 for the University's 800th anniversary.  Crick and Watson, who discovered the chemical structure of DNA in the 1960s, appear on both.