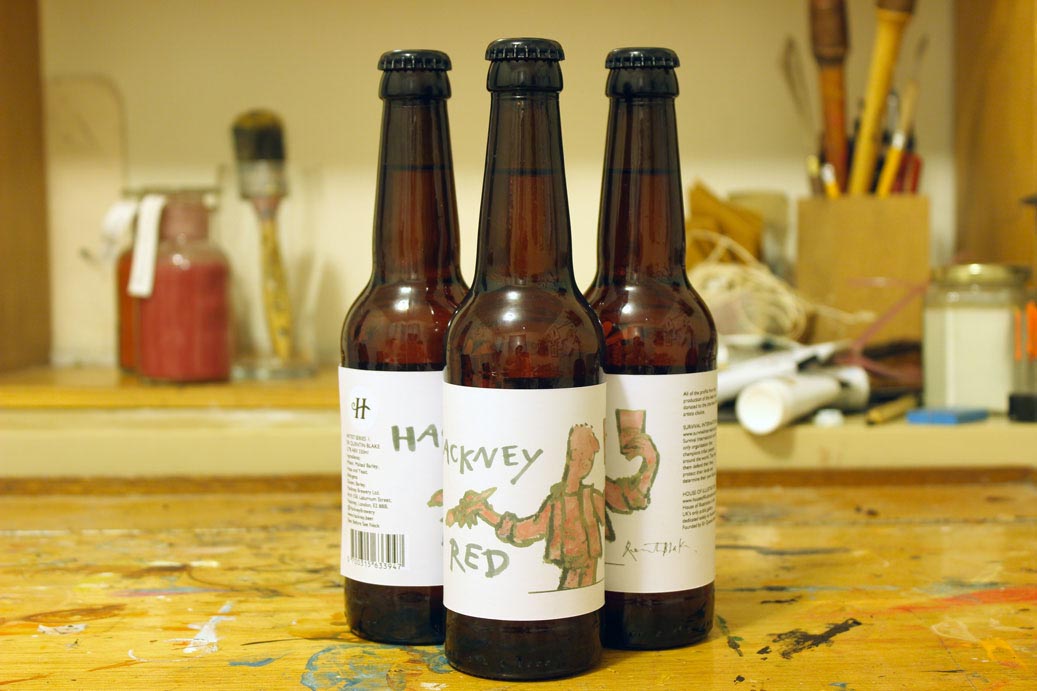 New beer given a splash of colour by Quentin Blake

The Hackney Brewery in east London launches the first of a new, limited-edition ‘Artist Series’ of charity beers in December 2016. Hackney is a creative hub of art and culture so it was natural for the Brewery to collaborate with London artists: the brewery designs the beer, the artist designs the label and decides which charity Hackney Brewery donates the production profits to.

The Brewery is honoured to be working with world renowned illustrator Sir Quentin Blake.  Quentin is a long-standing supporter of numerous charities, and the two he has chosen to benefit from sales of the beer are the House of Illustration, the UK's flagship centre for illustration in all its forms; and Survival International, which champions tribal peoples across the globe.

Quentin inked a brilliant illustration that the brewery has paired with their Hackney Red.  Delicious and malty at 3.7% abv, it is liberally hopped with Hallertau Tradition, Chinook, Centennial and Cascade with caramel notes and a floral, citrus finish.

Peter Hills from Hackney Brewery said: “We thought we’d aim high for our first project and we’re honoured that Quentin said that he’d like to do it.  Like a lot of people, we’ve grown up with his work and are massive fans.”

Hackney Red is available to buy online via Honest Brew from 1 December.

This is just the start for the 'Artist Series' of beers.  Hackney Brewery are looking to brew an exciting beer with a creative London artist twice a year.  Interested artists with a passion for beer should contact Peter Hills at Hackney Brewery Ltd (e: [email protected])