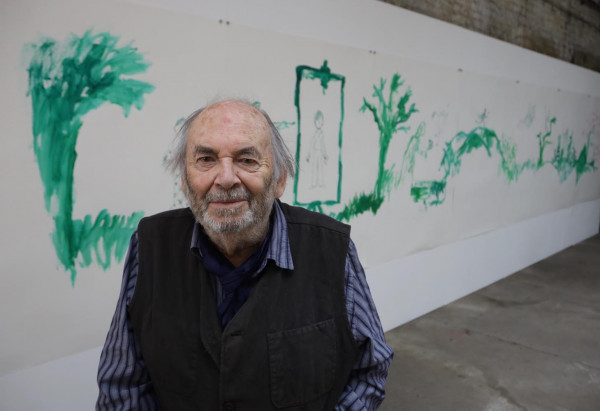 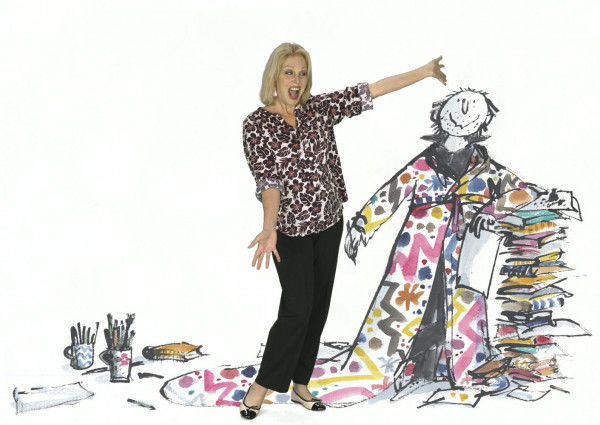 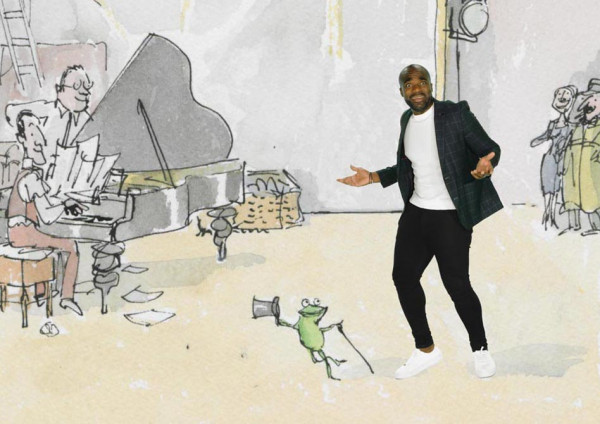 New BBC documentary: 'Quentin Blake - The Drawing of my Life'

In this celebration of one of Britain’s best-loved artists, Quentin Blake tells the story of his 70 year long career, in his own words and pictures. Especially for this documentary, he's been filmed creating an extraordinary new work: a canvas 30 feet long and 7 feet high, on which self-portraits and classic characters emerge in the instantly recognisable, energetic and ebullient style that's taken root in the imaginations of successive generations of children and parents.
Quentin's first book was published 61 years ago. Over 500 volumes later, and now aged 89, he’s still hard at work, drawing every day and determined to break down the barriers between illustration and ‘fine arts’. As he looks back for director Peter Sweasey's playful film, Quentin shares his pleasure in the blank page, the scratch of a quill, and the enjoyable chaos and mischief of childhood.
This is the first documentary to be dedicated to Quentin, and features contributions from some of his closest collaborators and biggest admirers – among them David Walliams, Michael Rosen, Lauren Child, Chris Riddell, Steven Appleby, Dapo Adeola, Josie Long and Emma Chichester Clark. There are also readings of works he has illustrated, performed by Peter Capaldi, Joanna Lumley and Ore Oduba. All of these figures have been magically woven into Quentin's unique hand-drawn illustrations, and are seen rubbing shoulders with the likes of Mr Magnolia, Zagazoo and The Boy in the Dress.
There are fascinating insights into Quentin's famously fruitful collaboration with Roald Dahl, who once declared that “when people picture the BFG, what they see is Quent’s drawing".
This documentary also proves there is much more to Quentin than Matilda and The Twits - and shows he is an artist who is loved by people of all ages. He didn't go to art school - studying English at Cambridge - but fellow artists now place him firmly in the tradition of master draughtsmen like John Tenniel and Honoré Daumier. He's written as well as illustrated dozens of books, and while he may still be best known for beloved children's characters like Mrs Armitage and George the Dancing Frog, he's more recently produced art for galleries with more adult themes. The film visits Hastings Contemporary to see a large mural entitled The Taxi Driver, which was inspired by Picasso's Guernica and takes as its subject the plight of modern refugees.
Quentin also believes in the healing power of art; in some of the most moving sections of the film, patients and staff describe finding solace and inspiration in the tender cheerfulness of his work for a variety of healthcare settings  including a maternity unit, and a clinic for people with eating disorders.
And over the past two decades, Quentin has led fundraising for a public space that will exhibit all types of illustration, and promote understanding of this often-overlooked artform. The new permanent site for this endeavour - a historic former pumping station in London's Clerkenwell - is where he was filmed creating his giant picture for the documentary. Formerly known as the House of Illustration (and previously found in Kings Cross prior to the pandemic), the Quentin Blake Centre for Illustration will open later in 2022.  To find out more about exciting plans for the Quentin Blake Centre for Illustration and ways to support, visit houseofillustration.org.uk
Made with unprecedented access to Quentin's vast archive, this charming documentary offers a welcome escape into the artist’s exuberant and joyful world.
Quentin Blake: The Drawing of My Life was made by Wingspan Productions for BBC2, produced and directed by Peter Sweasey. Broadcast on BBC2 on Christmas Day at 4.10pm, and for viewers in the UK it will be available on iPlayer for a further 12 months.