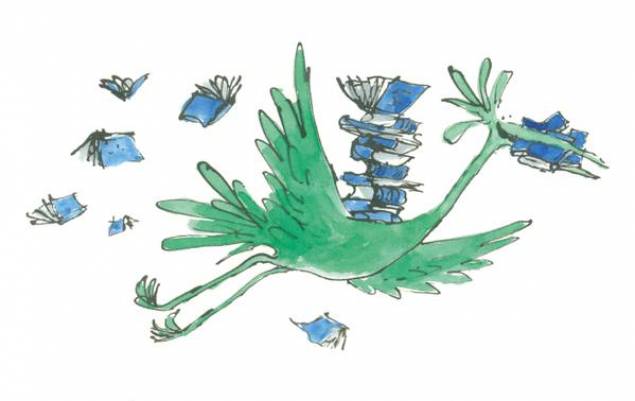 Brand-new look and logo for the popular Children's Library
The Children’s Library of the Institut français reopens on 12 September 2015 under the name Bibliothèque Quentin Blake, following major refurbishment supported by individual and corporate donors.

A genuine Francophile, supporter of the Institut français, and patron of the South Ken Kids Festival, Sir Quentin Blake will give his name to the revamped Children’s Library - for which he has drawn a new logo - and donate a specially-created hanging for one of the the walls of the new library. He commented: “I am enthusiastic about this project, and very touched that the Institut français has decided to name its new children’s library after me. It is one of my favourite places in London: every time I go through the door I feel younger!”

The new Bibliothèque Quentin Blake will be twice as big as the old Children’s Library. Offering the best of children’s literature, it will be a library for families, featuring a cosy and practical environment, a resource centre with the latest technology for French learners, and a school-friendly space.

The opening in September will launch a programme featuring an array of workshops and activities all year long, and host the South Ken Kids Festival in November - the Institut français’ annual celebration of children’s literature.
For more details of activities surrounding the opening, 12-18 September, visit: http://www.institut-francais.org.uk/events-calendar/whats-on/kids-families/bibliotheque-quentin-blake-opening/