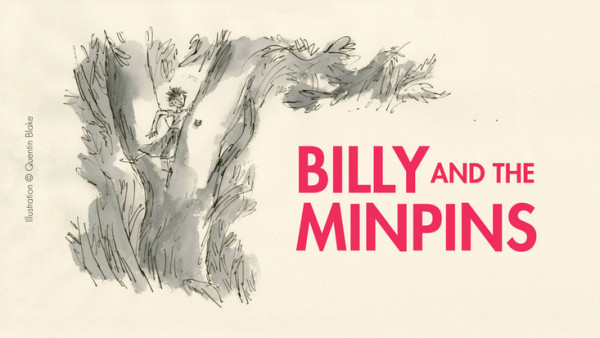 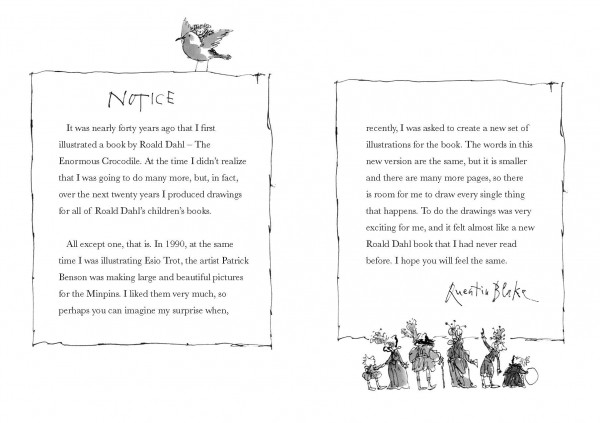 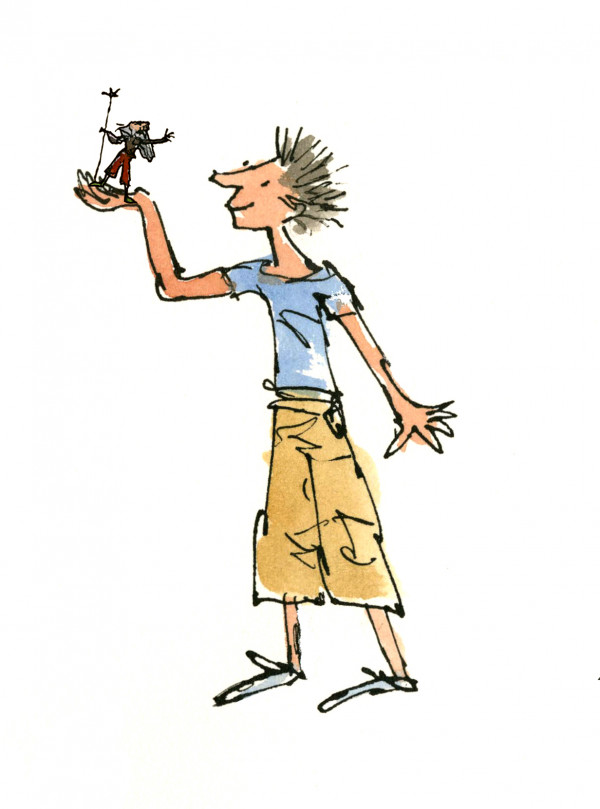 'A new Roald Dahl character to draw, nearly 40 years after my first' (Quentin Blake on illustrating 'Billy and the Minpins')

Roald Dahl's final book for children has been re-imagined by Quentin Blake, Dahl's principal illustrator, more than 25 years after it was first published.  The original edition, from 1991, was filled with beautiful full-colour pages by illustrator Patrick Benson.  The 2017 edition is in complete contrast:  a different (pocket-sized) format, many more black & white illustrations, and a text which - though unaltered from Dahl's original - is divided into chapters, giving a different pace to the story.

As Quentin explained in an article for The Guardian on Saturday 9 September,
I was reassured to know that the original version was to be kept in print. Although my text was to be identical, it was going to be called 'Billy and the Minpins', which was the alternative title that appears in Roald’s handwriting on the original manuscript. The new book, in small format, would have about 120 pages; the words would run to nearly 60 pages, so that virtually half the space was available for illustration.
As well as more space being available, Quentin recounted how he was able to dwell on the tiny Minpin characters themselves; their details of dress - simply described in the text as 'of two or three hundred years ago' - and their eccentric hats, which appear in great abundance as they navigate the branches using miniature suction boots.  When Billy and the Minpins take to the air, readers can experience Dahl's poetic vision, realised by Quentin's illustrations.
The Roald Dahl Museum is exhibiting prints of some of Quentin Blake's drawings from the new edition of Billy and the Minpins, displayed alongside extracts copied from Roald Dahl's original manuscripts for the book: two heroes of the imagination together again.

The exhibition runs until 15 April 2018 at The Roald Dahl Museum and Story Centre, Great Missenden.  Visit the Museum website for opening hours and admission prices.