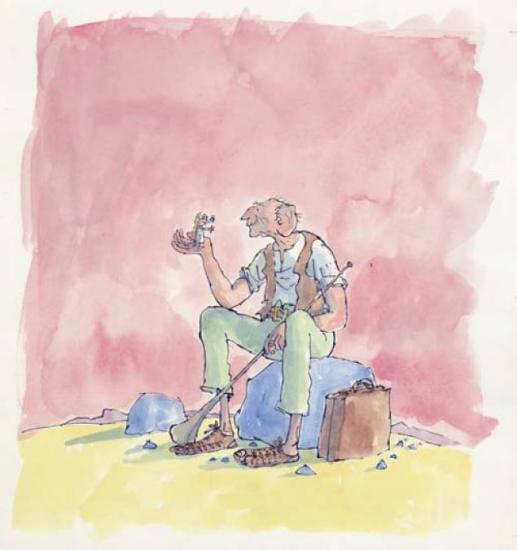 The exhibition, curated by Quentin Blake and House of Illustration curator Olivia Ahmad, contains 40 original artworks, including unpublished illustrations of Roald Dahl's The BFG.  It was on display at the House of Illustration's London home in King's Cross during the summer of 2016, and now begins a UK tour.

Speaking about the exhibition Amy Walker, Exhibitions and Special Projects Manager at Tullie House said, “We’re hoping this exhibition will encourage people of all ages to attend: from young children who believe in the magic of The BFG right up to those adults who may want to re-live their childhood memories of the friendly giant. It will also appeal to anyone who is a fan of Quentin Blake’s artwork as there are some fantastic pieces included.”

To coincide with the exhibition, the museum is running a special exhibition tour and film screening of Steven Spielberg’s ‘The BFG’ on Monday 21st November and a BIG Friendly Sleepover on Friday 3rd February 2017. During the sleepover children will be able to create their very own BFG inspired dream jar as well as watching The BFG film.

The exhibition runs from 5th November 2016 until 5th February 2017. For more details about events, opening times and prices, see http://www.tulliehouse.co.uk/