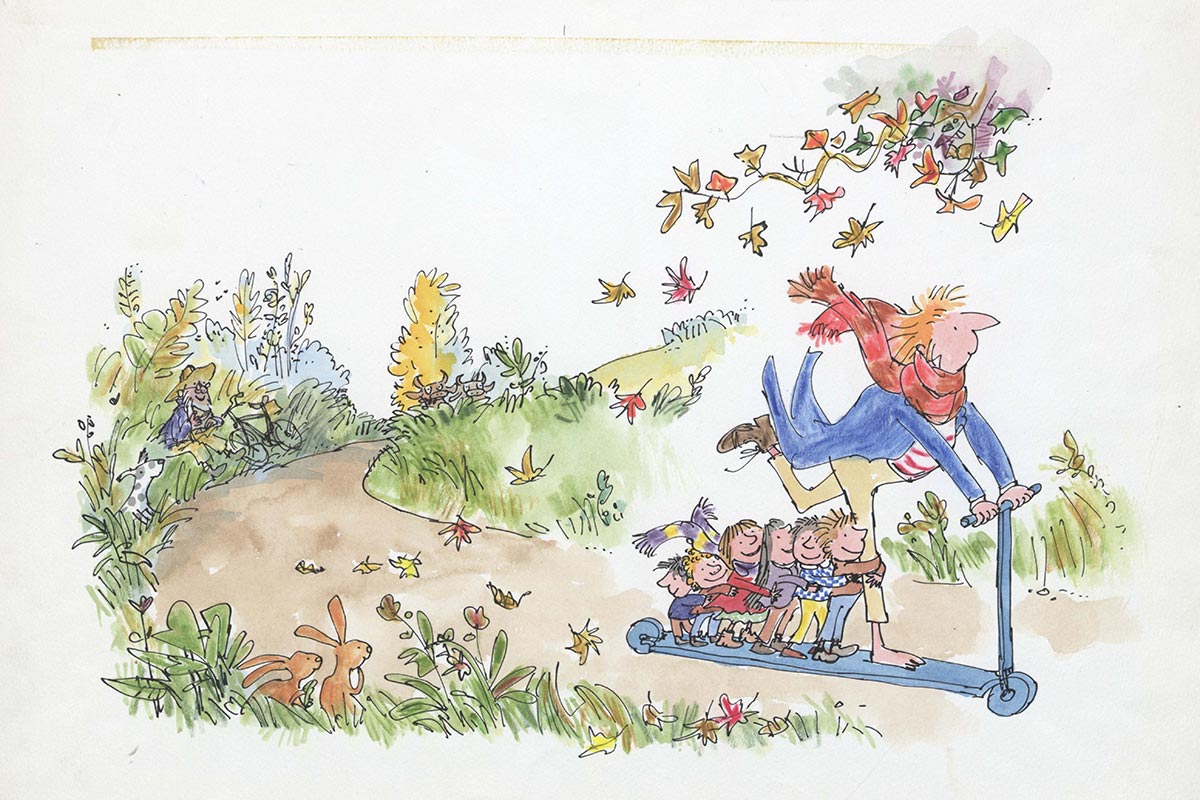 The exhibition brings together a selection of more than 120 of Quentin's illustrations for poetry of all kinds, from comic nonsense to poignant ballads. It celebrates his illustrations for popular nursery rhymes and children's favourites like The Owl and the Pussycat and Jabberwocky.  Work for more 'serious' poets such Sylvia Plath, whose poem for children 'The Bed Book' was illustrated by Quentin in 1984, also makes a rare appearance.
Quentin says, “The choice of moments, and a sense of discretion about what to draw and what not to draw, is particularly important in the business of illustrating poetry.”
The show includes roughs and preliminary sketches alongside the finished artworks for both modern and classical writers, from Edward Lear and Lewis Carroll, to Michael Rosen and John Yeoman, as well as illustrations for Quentin's own popular verses Mr Magnolia and All Join In.

A wonderful rhyming tale about Mister Magnolia, a man with a trumpet that goes rooty-toot (but only...

A Rhyming catalogue of desirable beds. First published by Hamish Hamilton in 1976. With b/w illust...