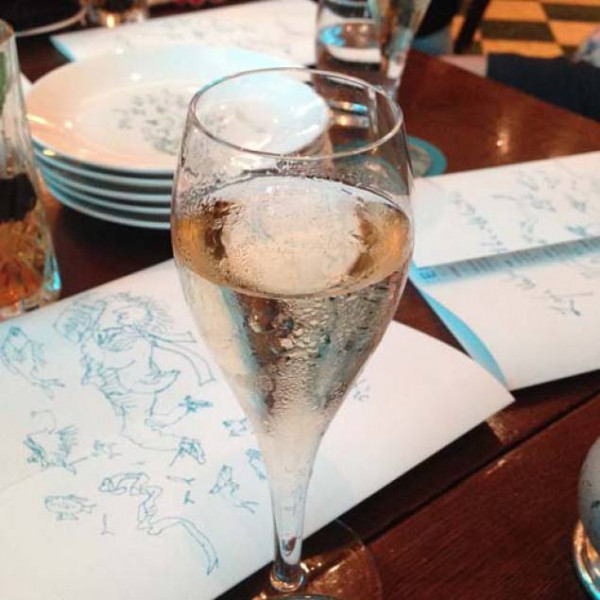 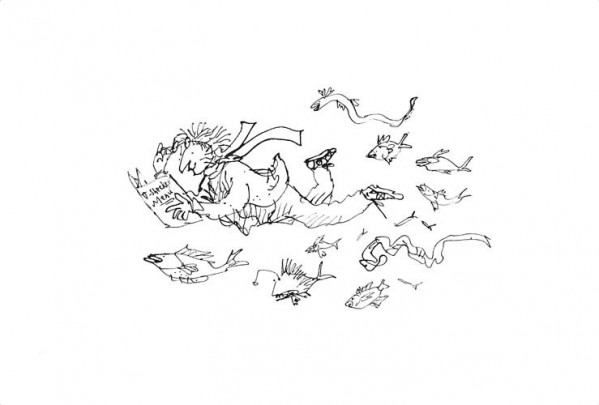 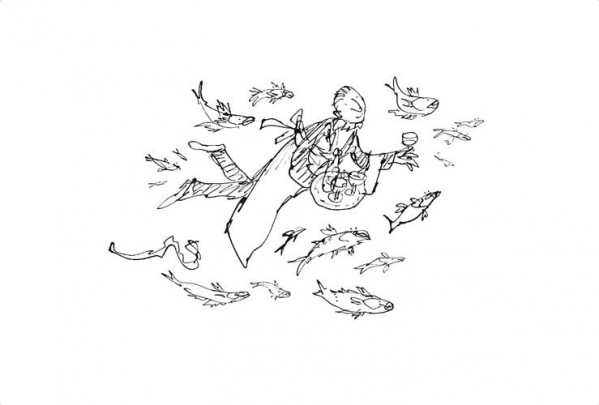 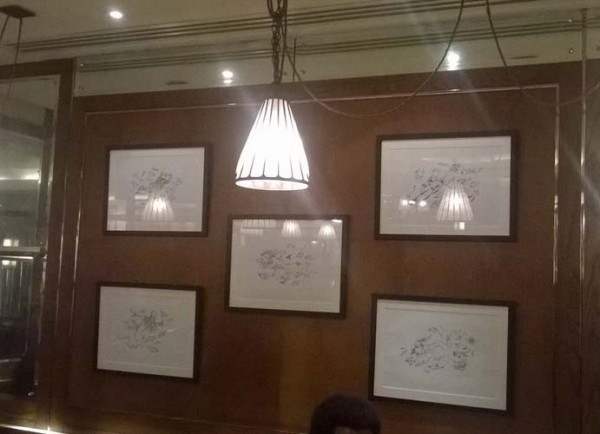 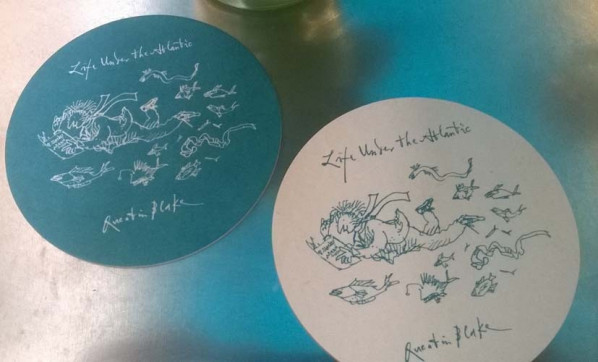 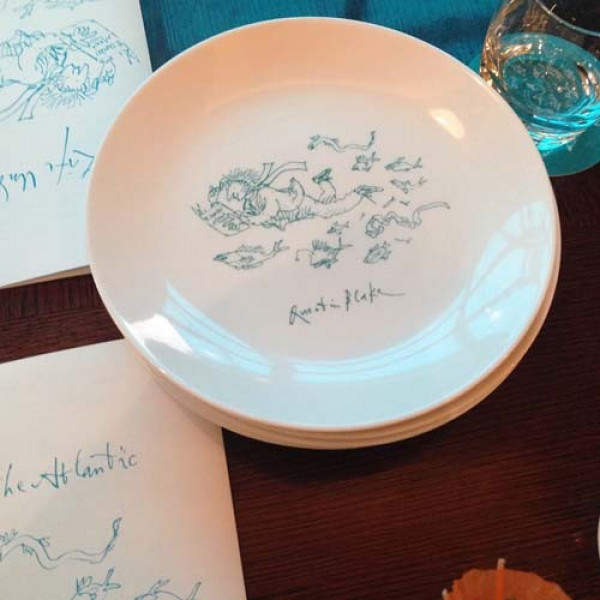 'Life under the Atlantic' launches in J Sheekey restaurant

J Sheekey, in London's West End, commissioned Quentin Blake to create a series of special drawings for the newly re-named 'Atlantic Bar' - which were unveiled in a gala launch on Wednesday 22 June.  Titled 'Life under the Atlantic', the five works depict a cross-section of Sheekey staff and patrons, engaged in cooking, serving wine and dining, whilst apparently swimming fully-clothed among shoals of fish and sea-creatures.

The launch party began with a live drawing masterclass from Quentin, for an invited audience, whom he wowed with impromptu drawings of some of his own favourite characters - together with a picture of himself in the act of sketching a selection of fish and sharks.

As he commented in the Evening Standard, 'It was quite cathartic doing these sea-inspired drawings as a way of saying goodbye [to his cottage in the southwest of France, sold last year]'. Quentin is a regular diner at J Sheekey, and includes fish among his favourite foods.

The under-the-sea theme is a particular favourite of Quentin's, having first explored it for his 'Life under Water' series of murals for the Gordon Hospital in 2009, followed by a successful tribute to the people of Hastings in 2015 in the Jerwood Gallery's exhibition, 'Life under Water: A Hastings Celebration'.

Enlarged prints of the five drawings are on display inside the Atlantic Bar until 16 September. Diners in the bar, and on the new terrace in St Martin's Court, will see the drawings repeated on special menus, crockery and coasters during the summer of 2016.
Links:
J Sheekey Atlantic Bar: http://www.jsheekeyatlanticbar.co.uk/
Interviews with Quentin:
- Evening Standard, 22 June: http://www.standard.co.uk/
- The Love Magazine, 23 June: http://www.thelovemagazine.co.uk/