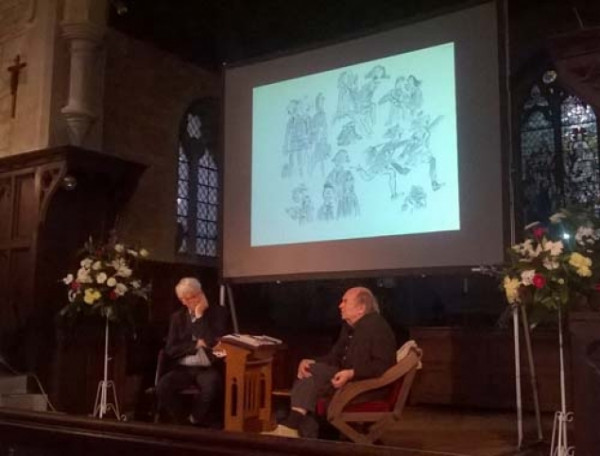 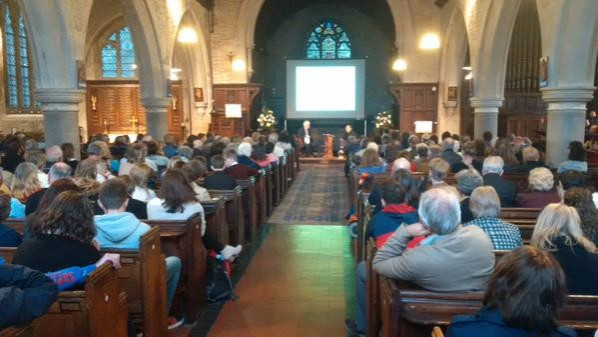 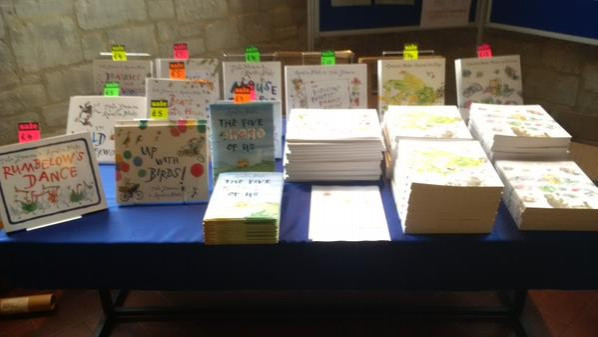 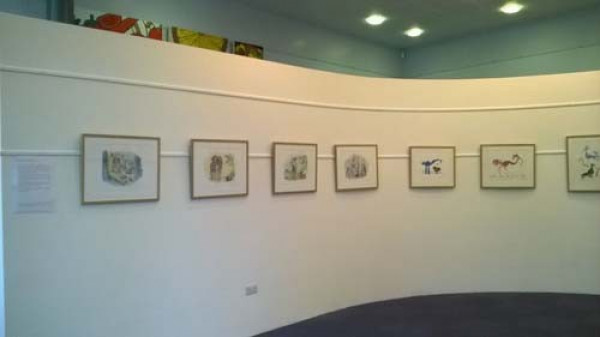 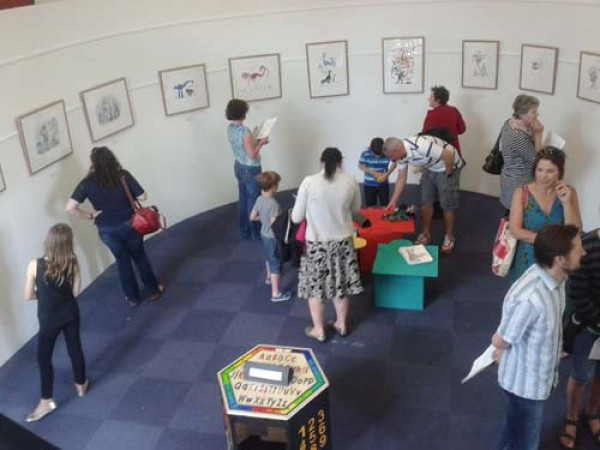 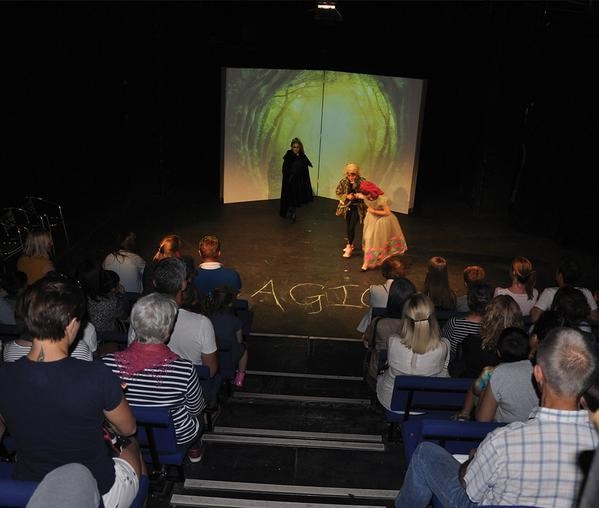 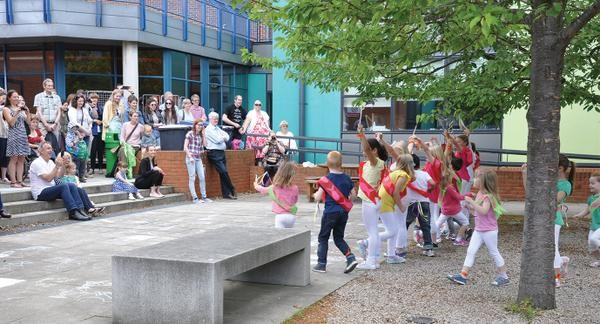 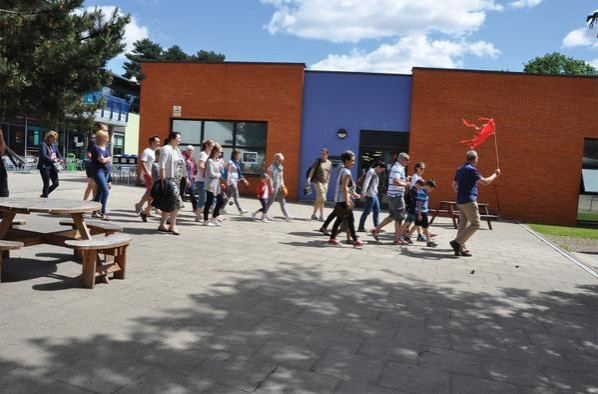 Quentin Blake theme to inaugural festival in Kent
A capacity crowd of 300 people in Holy Trinity Church, Sidcup, saw Quentin give a fascinating talk about his work 'Beyond the Page' on 1 June.  Quentin added flourishes of local colour to his presentation, with snippets of reminiscence about his childhood in Sidcup, where he attended Chislehurst and Sidcup Grammar School.  Some of his former neighbours were in the audience, as well as other fellow pupils and teachers from the school, both past and present.
Quentin's talk was the first event of the inaugural 'Sidcup Words and Music' festival, organised by the Sidcup-based Rose Bruford College, which teaches performing arts.  Quentin likened the process of illustration to that of stage direction, saying that not only does an illustrator design the scenery and the costumes, 'but you get to play all the parts as well.'  Though many of his well-known works were highlighted, Quentin also showed some of his more recent works which have come 'off the page' as they were designed for hospitals and public spaces.

Throughout the following week, local schoolchildren were able to visit a small exhibition of some of these works, held in the Curve Gallery at the Grammar School.  Saturday 6 June saw the exhibition open to the general public, who appreciated the opportunity to see these lesser-known pictures.  The works were chosen from among two large series of drawings, one for an older adults' mental health ward, and the other for a centre specialising in the treatment of patients with eating disorders.

The festival concluded on 6 June with Rose Bruford Youth Theatre presenting a special performance and workshop - 'Quentin Blake: Beyond the Stage' - which led participants from the theatre on a Quentin Blake-themed trail to the Grammar School, where the exhibition was opened to the public for the day.