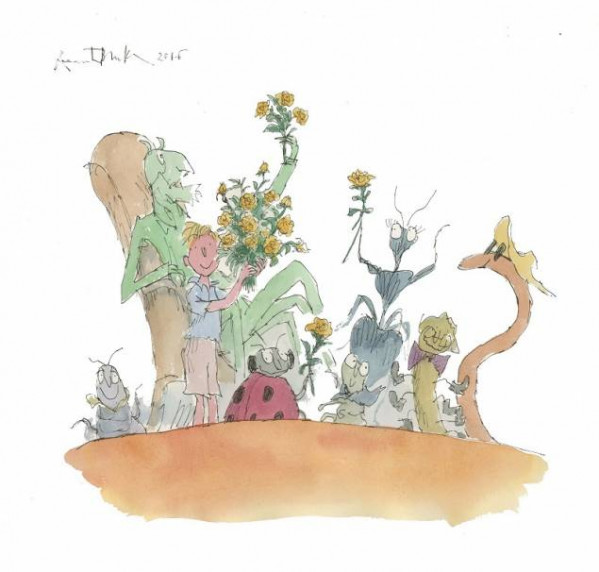 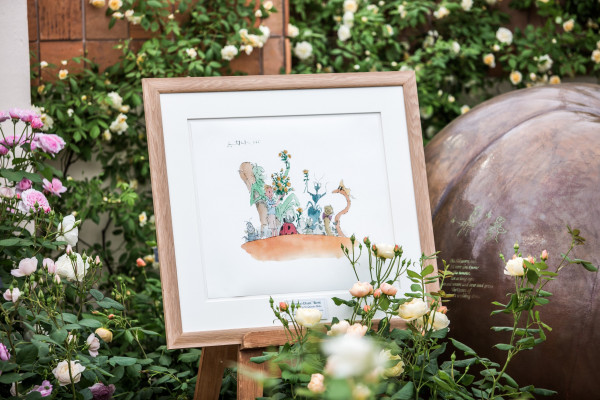 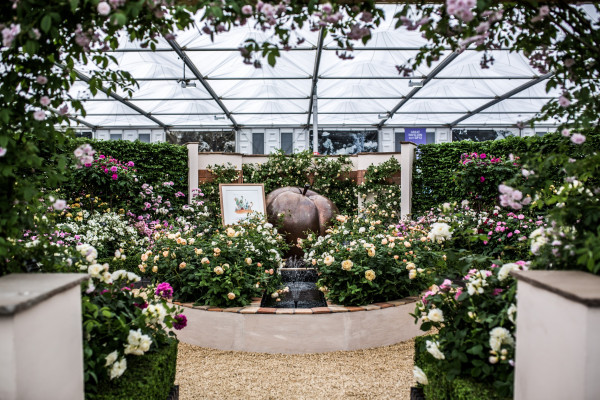 A new rose bred by David Austin Roses has been named after the world-famous author - and keen gardener - Roald Dahl.  Launched at the RHS Chelsea Flower Show in May 2016, the rose was the centrepiece of the stand full of blooms, helping to gain the grower a much-coveted Gold award.

The rose was displayed alongside a giant copper peach sculpture - a one-off piece by sculptor Stephen Myburgh, commissioned as a tribute to the new rose, etched with words and  illustrations from the classic children's story - together with a beautiful new illustration by Quentin of James and his insect friends enjoying the delicious scent of some of the roses atop the peach.

£2.50 from the sale of each rose will be donated to Roald Dahl's Marvellous Children's Charity.  Quentin's original drawing (pictured, above ) will be auctioned later in the year, with proceeds also benefitting the charity.