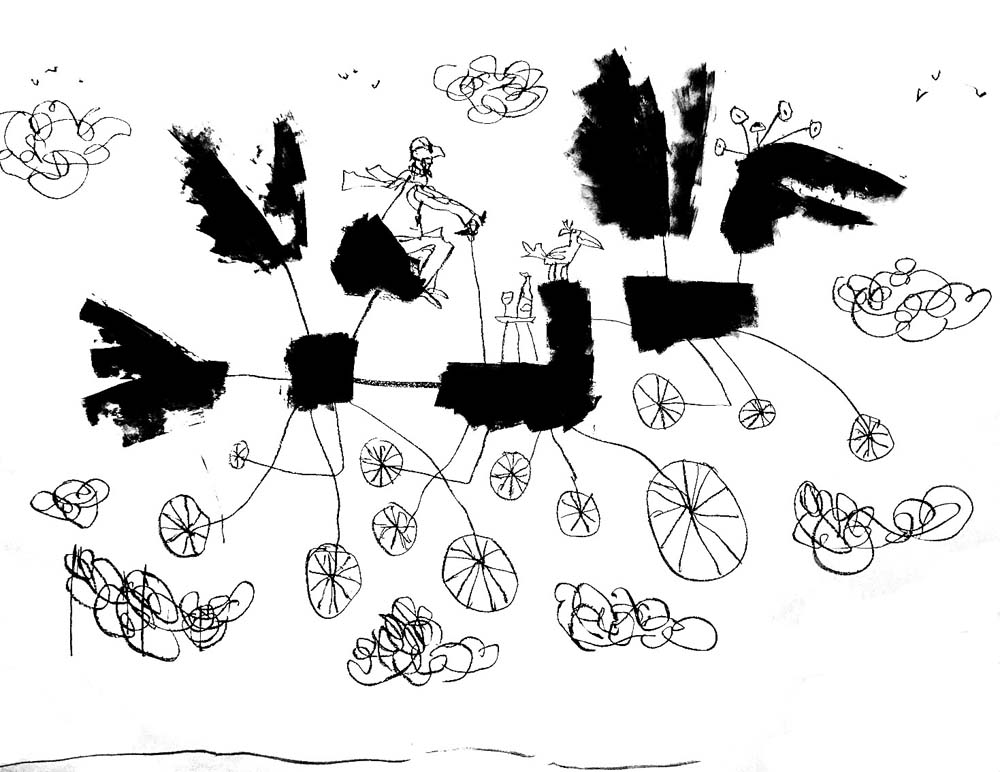 'The Only Way to Travel' exhibition at Jerwood Gallery

A major exhibition of new works by celebrated artist and illustrator Sir Quentin Blake has opened at Jerwood Gallery, Hastings, and explores challenging issues from mental health to the refugee crisis.  'The Only Way to Travel' features extraordinary beasts, machines and narrative scenes, exploring themes such as dislocation, loneliness and depression.
Speaking about the title of the exhibition, Quentin said: ‘I chose the title because it gives me the opportunity of doing a number of different kinds of pictures on related themes. Many are comic fantasy, some are more decorative and others have a suggestion of metaphorical significance, which allows me to explore human situations and feelings. I thought also that the idea of ways of travelling was something that almost anyone of any age might relate to, and help to lead them into the pictures’.

The exhibition displays over 100 works, ranging in size from sheets a few centimetres across, to large-scale works several metres in length. The largest picture in the show, painted using black acrylic and a large brush, was completed as Quentin balanced firstly on a step ladder and then a cherry-picker hoist.  It is the third exhibition of Quentin's work which has appeared at the Gallery since its opening in 2012 ('Artists on the Beach' (2014) and 'Life under Water: A Hastings Celebration' (2015), cementing his relationship with the town.

Media coverage of the exhibition has included articles in The Daily Telegraph, which described his work as 'brilliant in its anarchy', and The New York Times.  The show was also previewed on BBC Television's 'The One Show' on 13 June.
'The Only Way to Travel' is on show at Jerwood Gallery from 14 June - 15 October 2017.  For more details and opening times, see www.jerwoodgallery.org