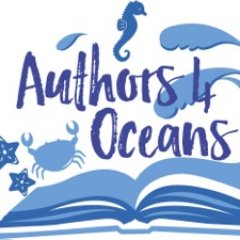 'Authors4Oceans' speak out against plastic waste

Fifty children’s authors, including Michael Morpurgo, Quentin Blake and Jacqueline Wilson, have come together to call on the book trade to ditch plastic and help save the oceans.

The Authors4Oceans campaign was created by the award-winning novelist Lauren St John, whose children’s books include the eco-adventure Dolphin Song and the forthcoming seaside mystery Kat Wolfe Investigates. St John devised the project, which is asking publishers, booksellers and young readers to help halt the amount of plastic being dumped in our oceans, after she ordered a drink in a bookshop, and found it came with a plastic straw.

“There are hundreds of bookshops across the UK, many of which hand out plastic bags, straws and bottles daily,” said St John, who is joined in her crusade by names including Katherine Rundell and Chris Riddell. “It occurred to me that an alliance of children’s authors, particularly those who write about nature and are passionate about the environment, might have a voice together. And if publishers, literary festivals and some of our young readers joined us, well – together – we could make a real difference.”

Quentin, supports several wildlife and environmental charities including Greenpeace and the WWF.
Publishers including Head of Zeus and Knights Of have already signed up to the campaign, as has the independent bookseller Octavia’s Bookshop. Pledges for businesses include ending the use of disposable coffee cups and water bottles, and using reusable bags. In partnership with the Marine Conservation Society, Action for Conservation, the Born Free Foundation and The Week Junior, the campaign is also launching a new competition, Oceans are Not Rubbish (#OceansAreNotRubbish), which is calling on children to design and build models of endangered sea creatures out of plastic rubbish, and will be running beach-cleans and festival events to raise awareness of plastic pollution.  The competition runs from 1 May 2018: for more details visit the Authors4Oceans website, which has teacher resources and tips on how to reduce plastic waste.